In line with expectations, 2002 turned out highly successful for the ASRY ship repair yard in Bahrain, which repaired approximately 95 vessels — ranging from ULCC's and chemical carriers — to offshore drill rigs and diving support vessels. Thus illustrating the company's broad width of expertise in a variety of areas.

Some of the major repairs completed during the year included Vela Intl.

However, the largest vessel to call at the yard was the 457.927 dwt Stena King, which underwent approximately 500 tons of steel replacement where as the largest blasting and painting contract was completed on the 265.243 dwt World Prelude. Requiring nearly 110,000 sq. m. of blasting with more than 313,000 sq. m. of painting, both contracts were completed on time. 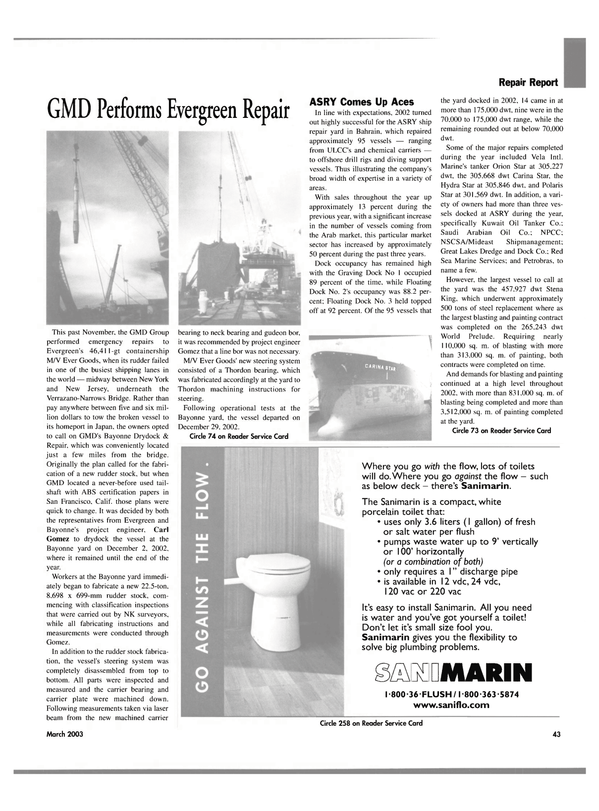