The U.S. has filed suit against Newport News Shipbuilding Inc. alleging that the company knowingly mischarged the U.S. Navy on costs it incurred for work under commercial contracts from 1994 to 1999, according to the Justice Department.

The lawsuit alleges that the Newport News. Va.-based company charged the Navy for independent research and development (IR&D) costs for doublehulled tankers that Newport News was building for commercial customers under existing contracts. Since November 2001, Newport News Shipbuilding has been a wholly-owned subsidiary of Northrop Grumman Corporation.

The shipbuilding company is alleged to have charged the Navy for more than $72 million of costs related to the design and development of the commercial tankers, which were passed through as overhead on major Navy shipbuilding contracts. The government's complaint states that Newport News Shipbuilding mischarged the costs even after being warned in 1995 by senior staff and by its outside consultant. Arthur Andersen & Company, that its charges to IR&D could make it subject to suit under the False Claims Act.

Under the False Claims Act, the United States may recover three times the amount of its losses plus civil penalties. 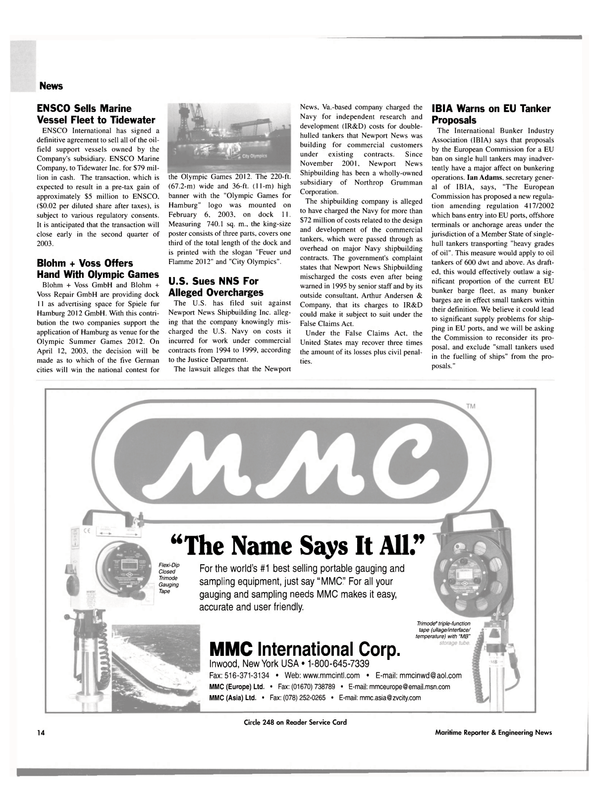