The Titan Corporation has been awarded a $59.9 million contract by the U.S. Navy's Office of Naval Research (ONR) to develop and build the Navy's "X-Craft." The X-Craft will be a highspeed aluminum catamaran consisting of an advanced hull geometry, designed to give the craft speeds of 50 knots or more. Initially it will be used by ONR for purposes of hydrodynamic experimentation to include the addition of advanced lifting bodies and polymer drag reduction techniques.

The X-Craft's deck will have two helicopter landing spots capable of handling a variety of aircraft up to the size of the H-60 helicopter series. With a design displacement of approximately 1,100 long tons, the X-Craft will be selfdeployable and of flexible design for spiral technology insertion. A Combined Gas Turbine or Diesel (CODOG) propulsion plant will propel the X-Craft to speeds of 50 knots or more. 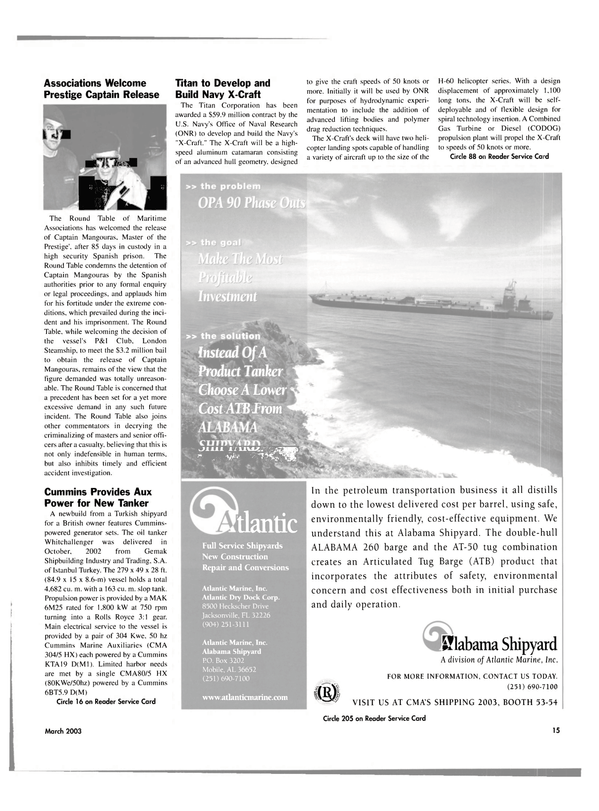