Barbara Linney is a member of the Washington D.C. law firm Miller & Chevalier and has been advising clients on international issues for over 20 years.
e: [email protected]

Abigail Cotterill is an associate at Miller & Chevalier focusing on export controls and economic sanctions.

This article reflects developments through November 19, 2013, the date of submission for publication.  The views expressed herein are those of the authors, do not necessarily reflect the opinion of the firm or other members of the firm, and should not be construed as legal advice or opinion or a substitute for the advice of counsel.

1    Amendments to USML Categories VIII (Aircraft and Related Articles) and XIX (Gas Turbines Engines and Associated Equipment) and related amendments to Category 9 of the CCL.

3    Our previous reports on the export reform process can be found in the August 2012 (“Export Control Reform in the Shipyard: Will it Simplify Regulation of the Supply Chain?”) and May 2011 (“U.S. Export Control Reform:  What It Means for Shipyards”) editions of Maritime Reporter.

5    In the case of the HVAC system example discussed above, none of the bases for exclusion applied. 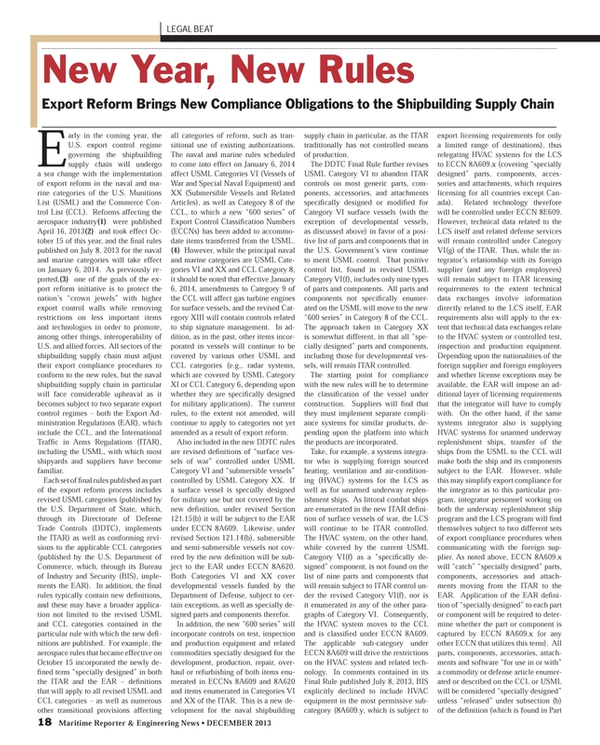