While the maritime industry is widely labeled ‘conservative’ in its adoption of new technologies to make operations more efficient and cost effective, recent years have seen a decided uptick in the level and sophistication of design, external and internal, across the maritime spectrum. Following are some recent revelations that could work their ways onto a waterway close to you in the near future.

ReVolt
While investment in short-sea shipping generates plenty of debate and little action, particularly in the U.S., there are a plethora of innovative solutions globally that are geared to take traffic from congested roads and move it to the more efficient and environmentally benign waterways.
Researchers at DNV GL have developed ReVolt, a vessel that it touts as greener, smarter and safer than conventionally fuelled and operated vessels. Autonomous, fully battery powered and efficient, ReVolt is a new shipping concept that offers a possible solution to the growing need for transport capacity.
ReVolt is powered by a 3,000 kWh battery, reducing operating costs by minimizing the number of high maintenance parts such as rotational components. The vessel has a range of 100 nautical miles before the battery needs to be charged. If the energy required for that is harnessed from renewable sources, this would eliminate carbon dioxide emissions.
Perhaps even more striking than its innovative power system is the fact that ReVolt does not require a crew.
With no crew there is no need for crew facilities, resulting in increased loading capacity as well as low operating and maintenance costs. DNV GL estimates that compared to a diesel-run ship, ReVolt could save up to $34m during its estimated 30-year-life-time.
The vessel has an average speed of six knots and is designed to face less water resistance than other ships, which usually travel at about 8.7 knots. The slight loss of speed allowed the engineers to fit a straight vertical bow, further reducing water resistance along the ship’s entire profile and ultimately saving energy.
The concept-ship announced at SMM 2014 in Hamburg is still being tested. “Building and operating this vessel would be possible with today’s technology. ReVolt is intended to serve as inspiration for equipment makers, shipyards and shipowners to develop new solutions on the path to a safe and sustainable future,” said Hans Anton Tvete, Senior Researcher at DNV GL.

Unmanned Platform
Statoil awarded Kvaerner a concept study related to a standardized, unmanned dry tree wellhead platform for the Oseberg Future Development project. The concept is focused on minimization of facilities, equipment and costs down to water depths of 150m and may be a cost effective solution compared to a conventional subsea tie-back solution. Kvaerner has already worked on developing a cost-efficient, standardized wellhead platform concept called “Subsea on a stick.” The new wellhead platforms could both increase recovery and utilize the new generations of jack-up drilling rigs, as well as reducing development costs. The project is expected to be the first in a series of new projects from Statoil where unmanned wellhead platforms could replace a traditional subsea project solution within the applicable water depths.  The work will be carried out by Kvaerner’s front end team in Oslo, Norway, supported by the Jackets Technology engineering team. The project has already started and will be completed in November 2014, with expected concept selection by year end.

of facilities, equipment and costs down to water depths of 150m and may be a cost effective solution compared to a conventional subsea tie-back solution. Kvaerner has already worked on developing a cost-efficient, standardized wellhead platform concept called “Subsea on a stick.” The new wellhead platforms could both increase recovery and utilize the new generations of jack-up drilling rigs, as well as reducing development costs. The project is expected to be the first in a series of new projects from Statoil where unmanned wellhead platforms could replace a traditional subsea project solution within the applicable water depths.  The work will be carried out by Kvaerner’s front end team in Oslo, Norway, supported by the Jackets Technology engineering team. The project has already started and will be completed in November 2014, with expected concept selection by year end.

X-Stern
Ulstein Group introduced the X-STERN, a design feature increasing vessel operability through positive effects on station keeping, wave response, comfort and safety in harsh conditions. An X-STERN vessel is designed to stay on position in harsh weather with the stern towards waves, wind and current. For vessels where the best possible motion characteristics are vital, positioning the X-STERN towards the weather instead of the bow will be the captain’s natural choice.  The X-STERN leads to reduced pitch and wave drift forces, as well as eliminating slamming. Positive effects are reduced power and fuel consumption while on DP, or the possibility of operating in a wider sector with the same power consumption.
The X-STERN has several of the same characteristics as the X-BOW, and additional ice operation capabilities. Its gentle displacement is designed to reduce acceleration, pitch and heave, and it purports to improve comfort and safety. In addition, the operational window is increased.
There will be no sea on deck, and reduced ice build up in cold climates, due to the stern shape and enclosed nature of the aft deck.

LNG Barge
Bristol Harbor Group was awarded an Approval in Principle (AIP) by the American Bureau of Shipping (ABS) for the design of the 3,000 cu. m. Liquefied Natural Gas (LNG) Transport Barge design on behalf of Conrad Shipyard of Morgan City, La. BHGI has relationship with Conrad spanning more than a decade, a relationship that has traditionally focused on coastal liquid cargo barges from 26,000 BBL to 80,000 BBL. It is the 300-ft. version of these double hull oil barges that serves as the basis for this LNG Transport Barge.
This new design will serve the purpose of primarily transporting LNG in blue water along the U.S. coastline. Storage containment consists of four Type C pressure tanks, all equally sized at 750 cu. m. The tank design offers suitable hold times for cargo transport without the need for reliquefaction. The design is focused on constructability and ensuring cargo safety.
BHGI has been actively involved in a number of marine related natural gas projects for a variety of clients. Recently, BHGI has been awarded a contract to perform design conversion work for the United States Army Corps of Engineers on one of their vessels from diesel to dual fuel.

Ethane Carrier
Hartmann Schiffahrts Gmbh & Co. KG, Jaccar Holdings, HB Hunte Engineering and DNV GL signed a letter of intent for the classification of five ECO STAR 85k very large ethane carriers. Jean Labescat from Jaccar Holdings, Ulrich Adami, Technical Director of Hartmann Schiffahrts GmbH & Co. KG, Frerk Brand, Managing Director of HB Hunte Engineering, and Torsten Schramm, DNV GL Maritime’s COO for Division Germany, Middle East & Asia, signed the agreement at the SMM trade fair. “This new series of ECO STAR 85K vessels will be the largest ethane carriers yet constructed, but it is not only the size, but the technical innovations present in this design that will make these ships a real breakthrough for the industry,” said Schramm. “Such highly specialized vessels require a very strong technical partnership and we are looking forward to working together with Jaccar, Hartmann and HB Hunte.”
The five ECO STAR 85K ethane-fuelled VLEC-carriers will have a capacity of 85,000 cbm each. The cargo tanks of these five new vessels include another world first – the use of the innovative Star-Tri-Lobe tanks. These consist of three cylinders combined into one. Due to better utilization of the space in the cargo holds, this results in higher efficiency and allows an increase in cargo capacity of nearly 30% over similarly sized vessels with conventional tanks, reducing shipping costs through greater economies of scale.

Electric Ferry
The first full-electrical passenger ferry in composite is delivered to Ballerina AB in Stockholm, Sweden.
Faaborg Vaerft A/S delivered the first full-electrical passenger vessel, Sjövägen, built in composite materials to the shipping company Ballerina AB in Stockholm, Sweden. The vessel will operate in the archipelago of Stockholm where it will transport passengers between the different stops silently and environmentally with its correct propulsion.
The 24.5-m vessel sailed from Faaborg to Stockholm on its own keel and by its own power where it will start to operate shortly after arrival. Faaborg Vaerft A/S, Principia North A/S, Wilhelmsen Technical Solution and Saft have jointly developed, designed and produced this modern vessel.
Sjövägen is designed and approved for 150 passengers. It is ice reinforced, equipped with a double propeller system, 2 x 160 kW electrical engines for propulsion, 500 kWh battery bank, electro hydraulic steering system, electrical bow thruster and communication and navigation equipment.
Sjövägen is designed so that the passengers board the ship from the bow and from here access to the passenger area is through two automatic glass sliding doors. Access to the ship and the passenger area is especially designed for wheelchairs etc. The vessel is designed for two-men operation which will mainly be from the high placed wheelhouse.
Wilhelmsen Technical Solutions have under the brand name Callenberg delivered the ship’s Electrical Main/Propulsion Engines, Propulsion Drives, Main Switchboards 400Vac and 650Vdc, Battery Chargers and Inverters, Main Automation System, Shore Connection, Propulsion Control, Total System Integration for Power Distribution and Propulsion, Detailed Engineering and Software Development, and Commissioning on site
Saft delivered Sjövägen’s Li-Ion cells with the Saft patented electrochemistry technology Saft Super Phosphat; Battery modules, totally 500 kWh at 650V; Battery management modules with CANBus communication to the main automation system; and Sheet metal cabinets where battery modules are installed. 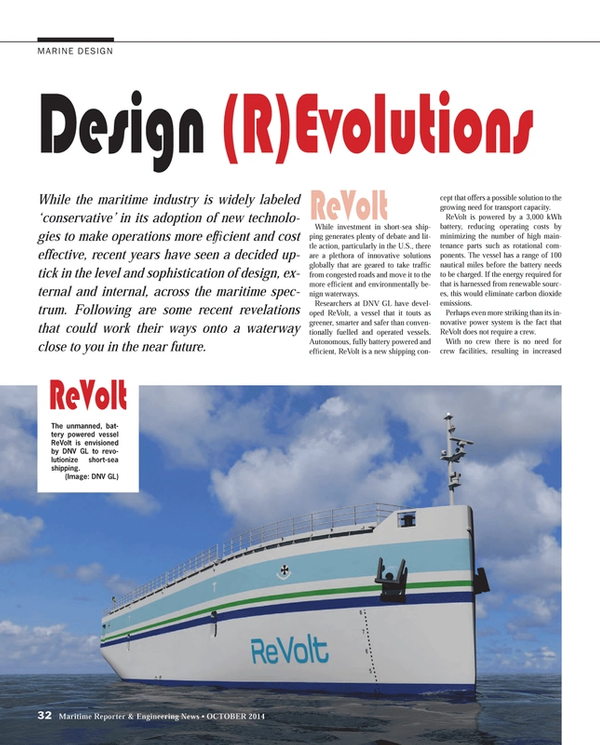