“In a large part driven by our country’s energy boom, the domestic shipbuilding industry is seeing robust activity, the most over three decades."

"Billions of dollars are being invested to meet the demands of oil production, and nearly 30 large, self-propelled, oceangoing Jones Act-eligible tankers and containerships are under construction or are on-order at U.S. Shipyards. Although times are good, throughout history, shipbuilding has followed a very cyclical pattern. Right now we are experiencing a big upswing in smaller vessels, offshore supply vessels, and large commercial ships. However, if we don’t reinforce a stable shipbuilding base, we’re going to face a similar crisis during the next downturn.  It is essential that we keep our eye on the ball and go after what will sustain this industry in the long run.” 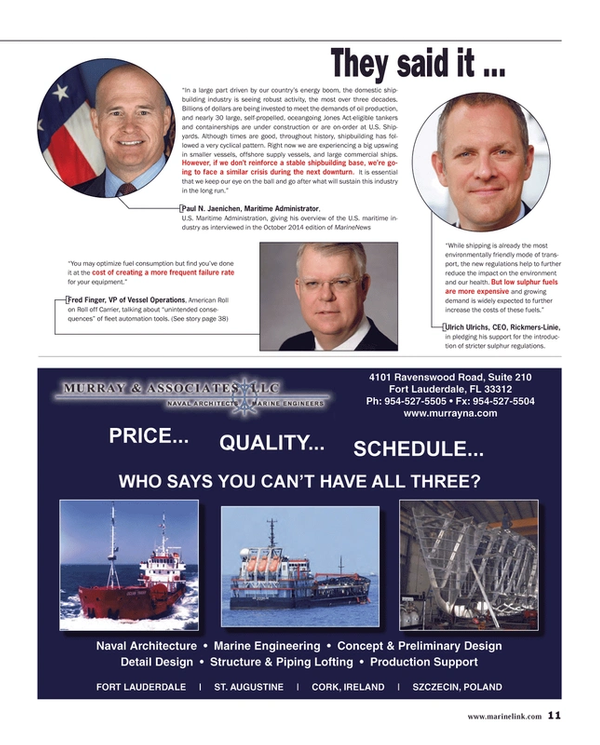