As the International Maritime Organization (IMO) celebrates its 70th anniversary, Kitack Lim, Secretary-General, sits in his London office with a sense of satisfaction that in his two plus years at the helm of IMO tremendous strides have been made toward significant greenhouse gas emission reductions, punctuated by the recent MEPC meeting where the target was set for a 50% reduction in CO2 emissions by 2050. But the Secretary- General’s sense of satisfaction is tempered with the fact that his job has just begun and his plate is full. Decarbonization, Digitalization, Autonomous Ships, Ballast Water Management, Cyber Security, Piracy and Protecting the Seafarer … the list is long of agenda-topping items that the IMO must simultaneously digest in this historic and fast-changing period. 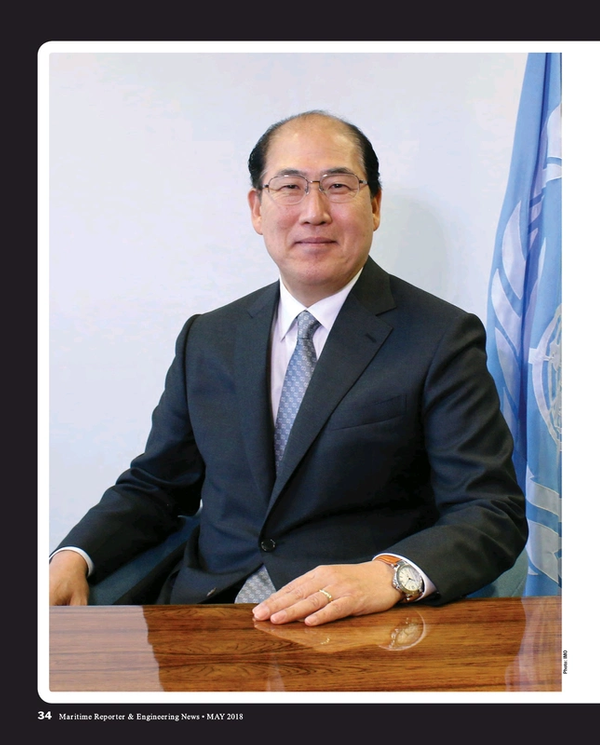