Earlier this year in New York City the Exhaust Gas Cleaning System Association (EGCSA) held its annual meeting to discuss the business, technologies and future of scrubbers as a solution to the looming IMO 2020 fuel rules. At the meeting, Maritime Reporter & Engineering News was afforded the opportunity to pick the brains of several leading executives to help understand the challenge and promise that scrubbers provide.

In October 2016 a landmark decision was handed down from the International Maritime Organization (IMO) which set January 1, 2020 as implementation date for a significant reduction in the sulfur content of the fuel oil used by ships. The new rule sets a global sulfur limit of 0.50% in 2020 versus 3.5% allowed today. Despite reservations from shipowners regarding the availability of the new fuel, which at the time of the announcement did not exist, and resistance to the capital expenditure of fitting emission scrubbers, which reportedly can tip the CapEx scale at $10 million per ship, the rule is set to enter force without fail. 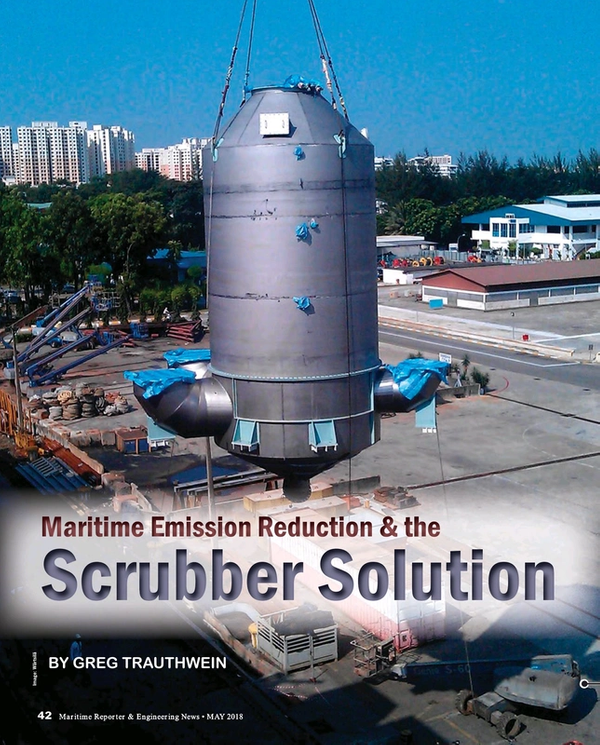