Imabari Shipbuilding Co., Ltd. secured newbuild orders with the cooperation of Marubeni Corporation for eleven 20,000TEU Ultra-Large Container Carriers, when delivered the largest containerships in the world.
The new ships, the first of which is scheduled to be completed in early 2018, will measure approximately 400m long and 59m wide. Imabari has built more than 200 container carriers, including the 4,800TEU Over-Panamax type in 1995 that was then the largest in the world, as well as the 8,100TEU type in 2008.
In March this year, 14,000TEU type, now the largest in Japan, is scheduled to be completed. Imabari explained it has been developing large size container carriers in response to increasing oceangoing cargo movement globally.
In order to accommodate construction of Ultra-Large newbuilding vessels including recently secured 20,000TEU Mega container ships (about 400m in length and about 59m breadth), Imabari Shipbuilding Co., Ltd. has decided to construct a large newbuilding drydock measuring 600 x 80m on 100,000 sq. m. of reclaimed land located next to its Marugame Headquarters (Marugame City).
A permit has been granted by the Ministry of Land, Infrastructure, Transport and Tourism cor the construction to be completed by the consortium of Rinkai Construction Co., Ltd., Obayashi Corporation and Toyo Construction Co., Ltd. Construction is slated to begin next month and conclude in October 2016.
Imabari said it intends to invest about $331m for the Marugame new drydock including block factory and three units of goriath cranes each having 1,200ton hoisting capacity. 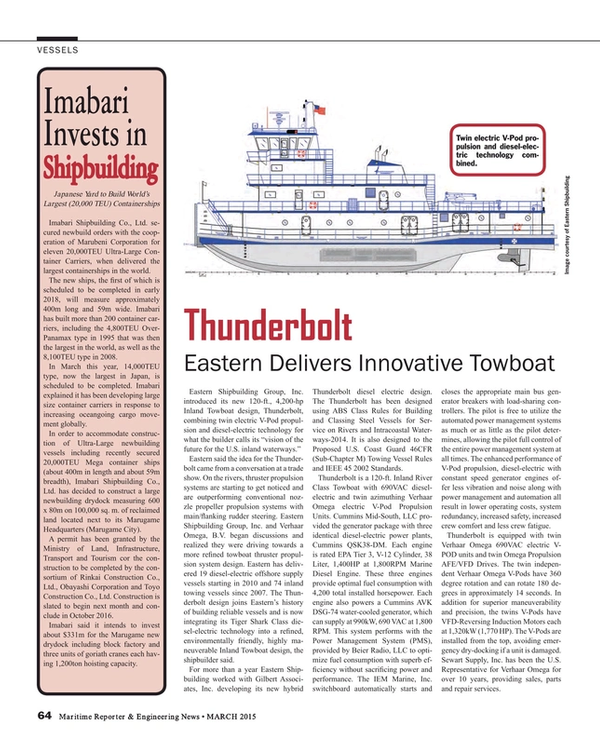