The Ocean Scout, the first semisubmersible oil well drilling rig to be constructed on the East Coast of the U.S., was christened on December 10, 1973, at Bethlehem Steel's Fort McHenry shipyard, '.Baltimore, Md. It was delivered to Ocean Drilling & Exploration Company of New Orleans, La. Sponsor of the rig was Mrs. William A. Hover, wife of the group vice president of the Pennzoil Company, which will operate the rig in the Gulf of Mexico.

Designed to be a mobile offshore drilling unit suitable for unrestricted ocean service, the Ocean Scout, with a lower hull length of 202 feet and width of 182 feet, carries a drilling derrick on its upper deck and was designed by Breit Engineering, Inc. of New Orleans.

The lower hull consists of two watertight structures 202 feet long, 32 feet wide and 28 feet deep, joined so that they are 150 feet apart on centers. Main members of the structure rising from the two sections of the lower hull are four 32-foot-diameter corner stability columns and four 10-foot-diameter interior columns all interconnected by truss work.

The upper deck is watertight and contains the machinery spaces. Overall, the rig will measure 108 feet from the bottom of the lower hull base line to the upper deck.

The operational draft will be 48 feet in depths of water from 80 feet to 600 feet. Towing will be done with wire towing hawsers.

Provisions are made for carrying drilling water, fuel oil, liquid mud, cement and other drilling supplies. The living quarters, including staterooms, galley, mess, lounge, hospital, offices and passageways, will be air-conditioned.

Accommodations are designed for a crew of 59.

The most modern fire-fighting equipment, as well as all necessary navigation aids are provided.

About 7,000 tons of steel were used in constructing the rig which, with its drilling derrick installed to full height, will tower 231 feet above the water when under tow. Since clearance under the Chesapeake Bay Bridge is only 186.5 feet, the upper portion of the derrick will be erected at an anchorage just below the Bay Bridge.

The Ocean Scout will be moored by eight 30,000-pound anchors, each with 2,500 feet of 2^-inch-diameter stud link anchor chain.

The main power plant for both drilling and vessel service includes diesel engines with over 5,100-hp combined capability.

Two revolving cranes are situated aboard the drilling rig to provide loading and unloading capability.

Following the christening, Joseph D. Ingham, general manager of the Bethlehem's Baltimore ship repair and conversion yards, was the host at a luncheon in honor of the sponsor. 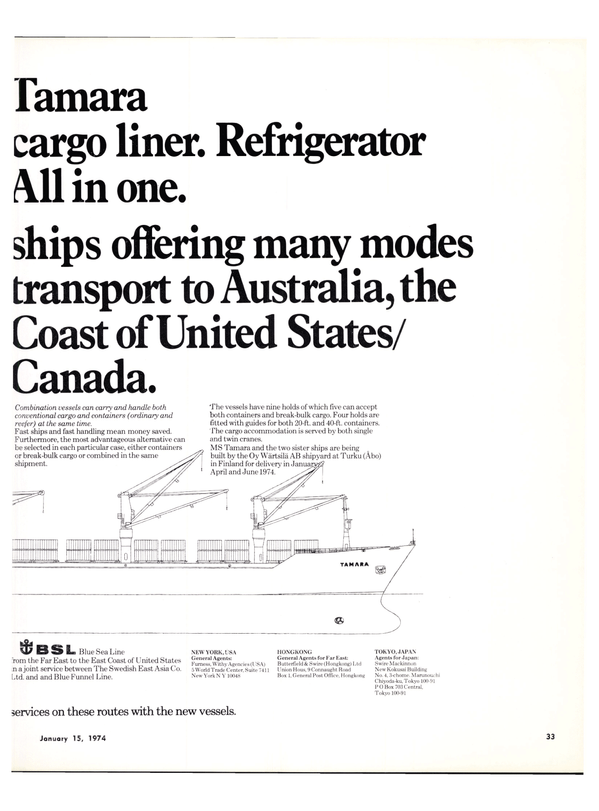