The first vessel in the series, the Lampas, was delivered in 1975, and the second and third, Lepeta and Leonia, last year. The four vessels are the largest ships to have been built in the United Kingdom so far, but the distinction will soon be held by two other tankers currently being built by Harland. These are 333,000 tons each.

The single-screw, turbine-driven Lima is designed primarily for transporting crude oil from the Middle East to Europe, but could be operated efficiently on other major trade routes, such as to Japan and North America, when offshore receiving terminals are established.

She has an overall length of 1,152 feet and is over 180 feet wide. Her steam turbine develops 36,000 shaft horsepower at 85 rev/min, and her trial speed is over 15 knots. She is designed to carry a complement of 41 people.

The vessel is built under survey of Lloyd's Register of Shipping to class +100A1.

The Belfast yard of Harland and Wolff has the largest capacity of any U.K. shipyard. It has a one-million-ton building dock which is equipped with one of the world's largest overhead cranes.

The dock can accommodate ships up to 1,641 feet long.

Recently the yard won a £70- million order (about $120 million) for two advanced liquid petroleum gas (LPG) carriers to ship LPG from Britain's giant Brent oil field to the United States under a contract worth well over £500 million (about $860 million). 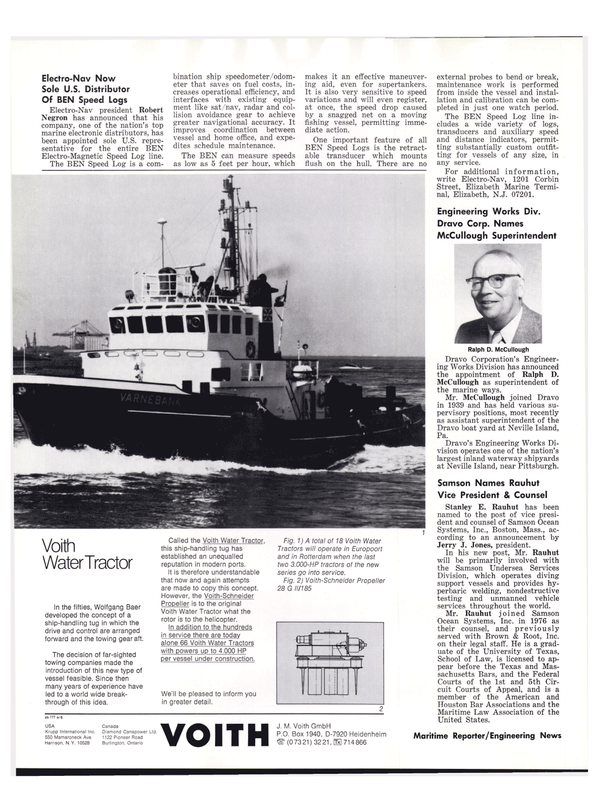