The announcement was made jointly by Clay Chiles, General Partner of Chiles Offshore Limited, and Gene M. Woodfin, chairman of the board and chief executive officer of Marathon Manufacturing Company.

Marathon's 150-44-C Class Platform was developed for relatively shallow drilling in environments comparable to the Gulf of Mexico, West Coast of Africa, Caribbean and Indonesian type of environments.

The 150-44-C cantilevered rig can drill multiple wells in one location in water depth as shallow as 15 feet and up to 150 feet. It is expected that this particular unit will begin work in the Gulf of Mexico.

Construction of the new jackup will take place in Marathon's Brownsville, Texas yard. Chiles Offshore Limited has named the unit Texas Star. Drilling Equipment will be supplied by Armco National, and delivery is expected by the end of the year.

The 150-44-C rig is 148 feet long by 160 feet wide; the hull depth is 16 feet. The unit will have 250-foot-long spud legs, which can be recessed into the bottom of the hull, thus allowing towing over shoals as shallow as 13-15 feet. Crew accommodations are provided for 40 or more.

The Texas Star will be outfitted for up to 15,000 feet exploratory and development drilling, and heavy-duty work-over of existing satellite wells or wells of a development platform. Special features include a versatile cantilever design which allows drilling multiple wells without relocating the rig, as well as positioning precisely over conductors of an existing production platform, or skidding the derrick/substructure set onto a production platform and allowing the rig to be used as a tender.

The cantilever feature means the rotary can be located from 10 to 35 feet out from the end of the jackup hull and 7Vo feet on either side of the center line, for a 15- by 25-foot drilling pattern. The rig has a substructure 24 by 38 feet wide by 14 feet high. Substructure, drill floor and mast can be skidded on the deck of a production platform when required and span 30-, 40-, or 45-foot-wide skid beams with a 10-foot clear height above the platform deck.

Mr. Chiles, president of Chiles Drilling Company, General Partner of Chiles Offshore Limited, has had many years of experience in land and offshore drilling. After owning and operating five land rigs in south Texas as Chiles Drilling Company, he was instrumental in the organization of an offshore drilling company, Western Oceanic, a subsidiary of The Western Company of North America.

During his tenure at Western, he built and operated seven offshore drilling rigs, three semisubmersibles and four jackup rigs.

He has now organized Chiles Drilling Company and Chiles Offshore Limited to own and operate rigs in the Gulf of Mexico, both jackup and platform rigs, of which the Texas Star will be the first.

Marathon LeTourneau Offshore Company is a subsidiary of Marathon Manufacturing Company of Houston, Texas. The parent firm is a multi-product company serving industries in marine construction and transportation, heavy equipment and steel products, as well as a group of diversified companies producing chemicals, batteries, consumer goods, and providing paving and utility construction services. 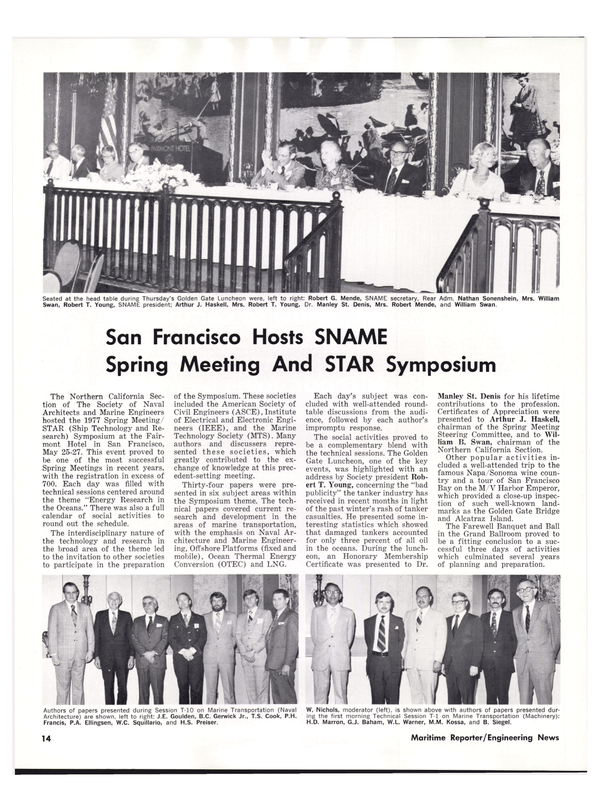