The new 11,000-square-foot addition to their manufacturing facility has a clearance under the crane hook of 25 feet, allowing prefabrication of large components inside the structure. Edward D. Fry, vice president/ general manager of Dravo Steel- Ship Corporation, estimates it will make possible a 25 percent increase in their production capabilities.

In addition to production facilities, the plant's expansion includes a new truck unloading dock, and inside storage for heavy engines and machinery. The new facilities also include locker room and lunchroom for an additional 150 employees.

Dravo SteelShip has recently completed a new outfitting dock used for boat and barge repairs, as well as new construction.

In addition to the vessels being constructed under contract, Dravo SteelShip Corporation is presently building four of their standard SteelShip 48, SteelShip 50, and Mid-Streamer 52 vessels which are offered for sale as stock boats. 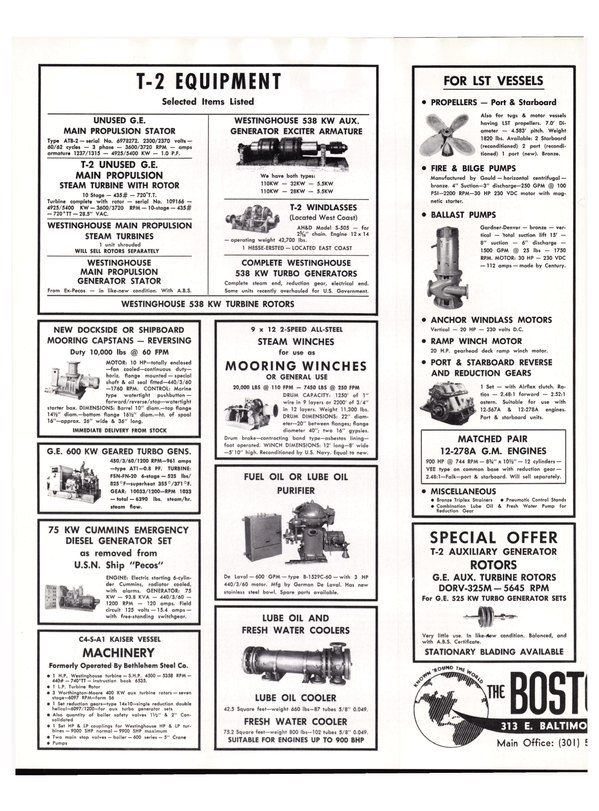