SNAME officers for 1978 include Gerald Talbot of Talbot, Jackson and Associates of Vancouver, British Columbia, as chairman of the Pacific Northwest Section; Edward Stewart of Todd Shipyards as secretary-treasurer, and Gene Frampton of the U.S.

The technical paper, titled "Bimetal Aircraft Securing Fitting Development," was presented by Charles B. Dick, PE, of Puget Sound Naval Shipyard Design Code 230.3. In his paper, Mr. Dick discussed the development, testing and ultimate selection for prototype evaluation of a bimetal collar securing fitting. The fitting consists of an explosively bonded aluminum/steel collar with the steel welded to a Navy Standard securing fitting and the aluminum welded to the ship's aluminum deck.

Mr. Dick explained that many of the helicopter decks on destroyers are 5000 series aluminum.

The present method of attaching steel aircraft securing fittings to aluminum decks is by welding a stainless steel collar to a type 1 securing fitting cup and crossbar and bolting the assembly to the deck. Severe corrosion conditions due to exfoliation and galvanic action have resulted in costly repairs. On-site inspection of the Atlantic-based FF1052- class ship selected for prototype installation and evaluation demonstrated damage in some cases reaching beyond a 14-inch diameter and up to 25 percent of the deck plate thickness.

Bimetal fittings were manufactured at Puget Sound Naval Shipyard for installation by a private contractor using conventional aluminum welding techniques in January 1977. The fittings were preserved in a fashion which permit observation and comparison of corrosion patterns under various conditions expected during the evaluation period while the ship was experiencing normal helicopter "traffic." Copies of the paper are available from the section librarian, C.S. Bracken, Todd Shipyards Corporation, P.O. Box 3806, Seattle, Wash. 98124. 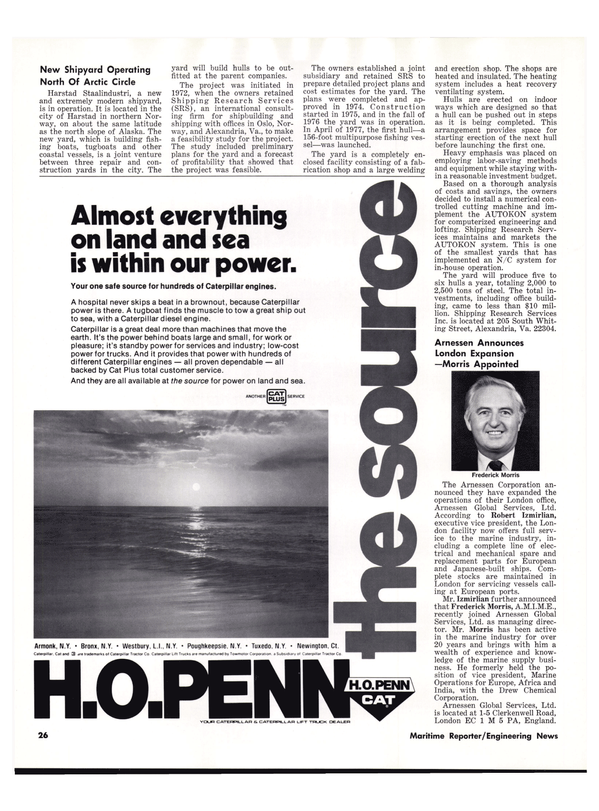