The system, called MARISAT, was described by Roy K. Andres, WUI's vice president for planning, at a recent press conference held at the Whitehall Club in New York City.

Developed by WUI in partnership with other communications organizations and with the backing of the U.S. Navy, MARISAT has been utilized on an introductory service basis to shipping for the past year.

Core of the system are three geostationary orbits 22,300 miles over the equator covering the Atlantic, Pacific and Indian Oceans.

The satellites provide continuous ultra-high-frequency communications to the U.S. Navy in all three oceans.

Links to the Navy installations with the mainland U.S. are two large shore stations with 42-footdiameter antennas, one each in Connecticut and California. A third will be in service in the Indian Ocean area later this year.

Under the system, ships communicate instantaneously, using a four-foot s t a b i l i z e d antenna beamed to the satellite which amplifies the signal and repeats it to shore stations.

Telex calls from ships are automatically interconnected by a U.S. international record carrier to any Telex machine throughout the world.

According to Mr. Andres, the system is available for $55,000 per complete unit, excluding installation costs. It can also be obtained on a lease basis, he added. 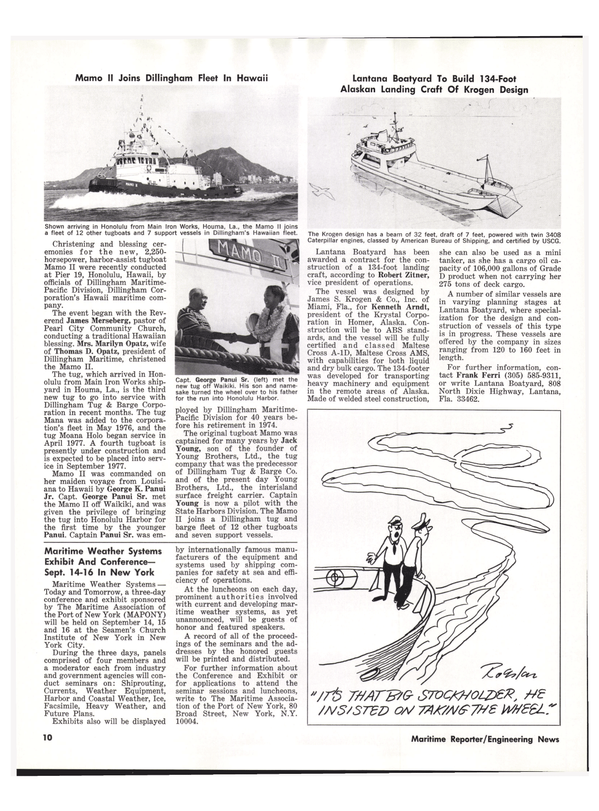