Comdr. Lester A. Dutcher, Robert L. Hague Merchant Marine Industries Post No. 1242, American Legion, Department of New York, announced the selection of the recipient of the Post's Distinguished Service Citation and Guest of Honor for the Post's 37th Annual Guard of Honor Ball.

The admiral, who graduated from the U.S. Coast Guard Academy in 1941, has served in merchant marine related assignments during a considerable portion of his career. Through the years, members of the industry have come to admire and respect Admiral Rea as a professional of the highest order. His support for a strong and safe American merchant marine is well known to the maritime community. When the admiral assumed his present command in 1974, he was returning to the Port of New York, where he had previously served as Officer-in-Charge of Marine Inspection from 1964 to 1967. 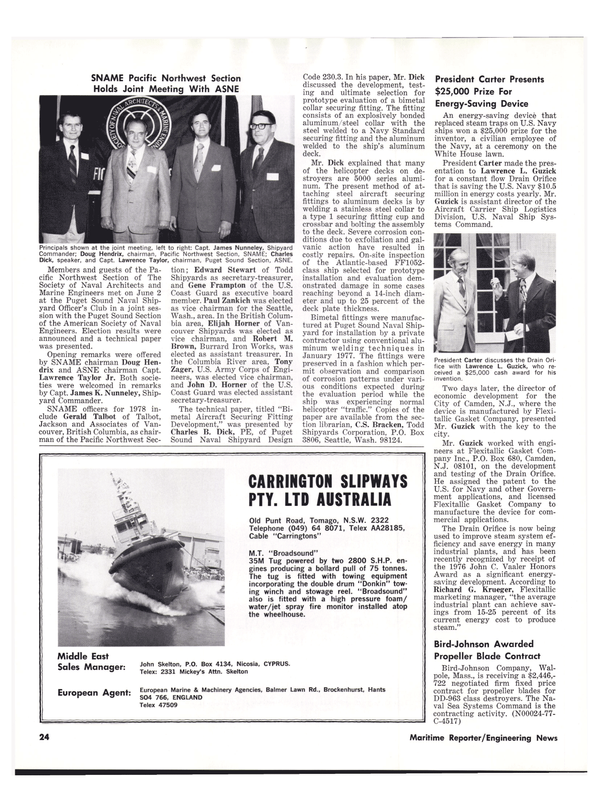