of Delaware, for the construction of a 471-foot chemical carrier barge. The barge, which will transport paraxylene between the Gulf Coast and Atlantic Coast, will have a capacity of 175,000 barrels. It is scheduled for delivery in late 1981.

This is the fourth barge contract which Quincy Shipbuilding has received from Coastwise Trading Company within a year.

In December 1979, Coastwise contracted with Quincy for the construction of three oil-carrying barges to be used in intercoastal service.

In recent months, Quincy has been successful in obtaining new Navy and commercial overhaul and construction contracts. Recently, the division was selected to build a $60-million, coal-carrying ship for New England Electric System. 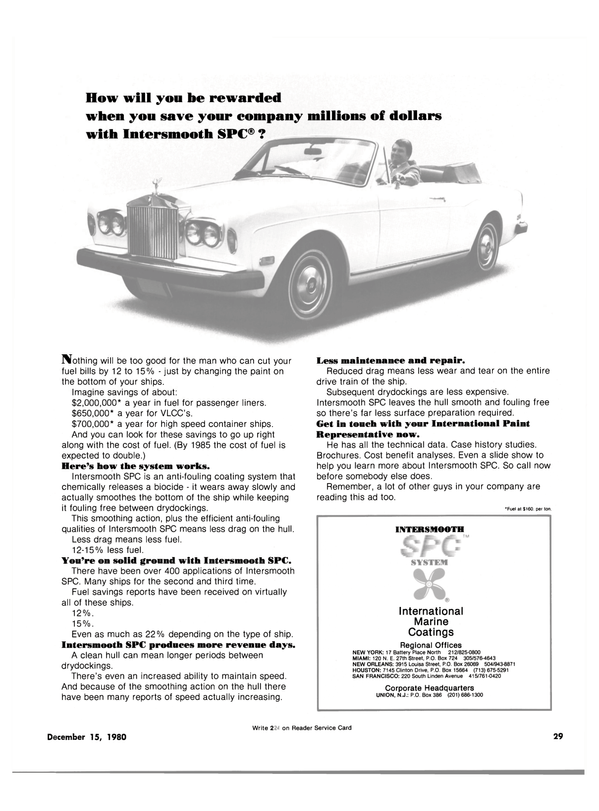