(ADG), Tampico, Mexico, has named Wesley D. Wheeler Associates, Ltd. of New York City as agents. The Wheeler firm of international maritime consultants will act as ADG's exclusive representative for the United States and other areas not presently covered by agents.

Located on a 25-acre site in Madero/Tampico in Mexico, ADG operates one of the most modern abrasive blasting and coating plants in that country, with emphasis placed on total performance.

The highly automated blasting facilities are based on a closed system supplied by C.A.B. of Houston; some special components were designed and built by ADG's own fabricators. Two grit silos have a capacity of 1,000 tons each.

While repairs are not the main reason for the existence of the Tampico yard, the usual structural and piping renewals can be performed simultaneously with blasting and coating. Although drydocking is not now available at the facility, a graving dock is planned for construction in 1981. 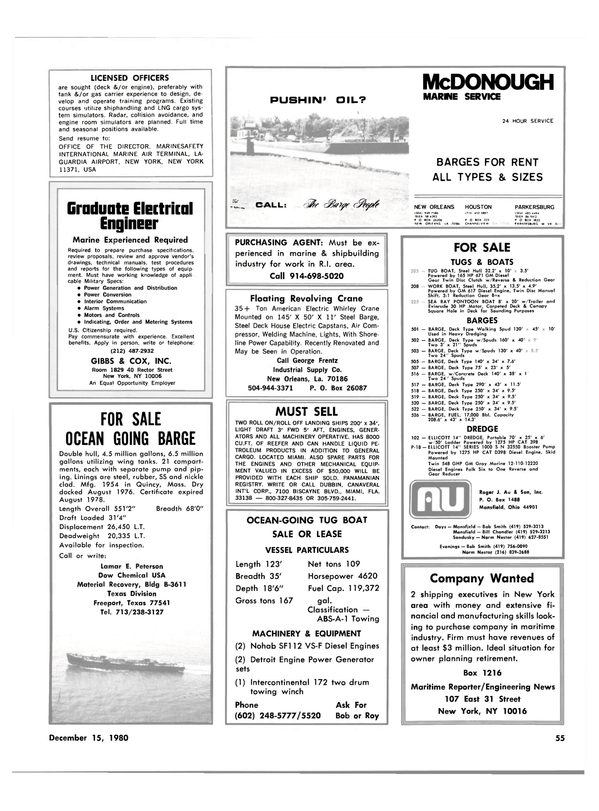