Paul I. Beining, president of CDI Marine Company, has announced the opening of a new CDI Marine Company office in Washington, D.C. The design office, located in Crystal City at 1735 Jefferson Davis Highway, will provide quick response for engineering and design services to the U.S. Navy and other Government agencies. William H.

Hunley has joined CDI Marine Company as manager of the Washington operations. Mr. Hunley recently retired from the Naval Sea Systems Command after a highly distinguished career of more than 30 years in Government service. His most recent position was as the Technical Director and Deputy Director of the Ship System Management and Integration Office in SEA 03.

CDI Marine Company, headquartered in Jacksonville, Fla., has a network of permanently staffed design offices with over 700 professional and technical employees located in key marine areas throughout the U.S. 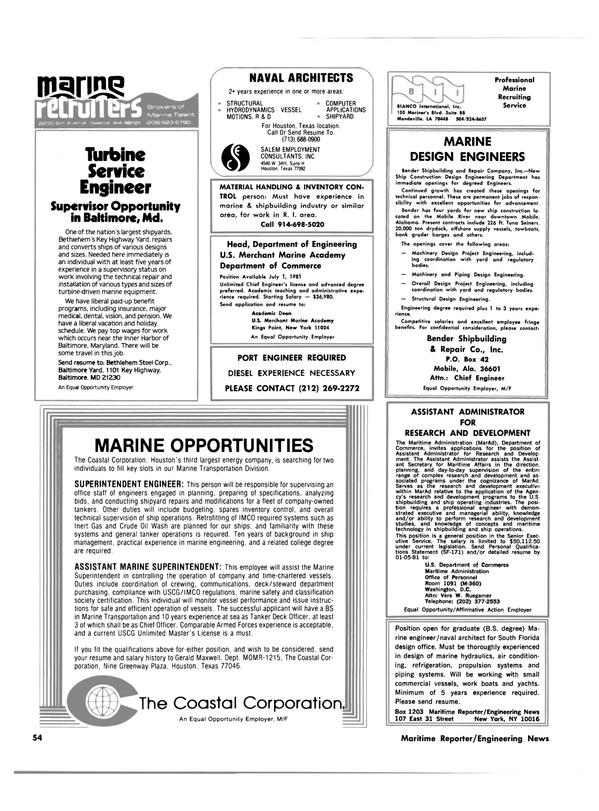