A paper titled "Mini-OTEC Design and Testing" was presented by Dr. Roger L. Potash of Lockheed Ocean Systems at a meeting of the Northern California Section of The Society of Naval Architects and Marine Engineers in San Francisco recently.

An OTEC (Ocean Thermal Energy Conversion) plant uses the temperature difference between warm water on the surface and cold water deep in the ocean to generate power. Mini-OTEC was a small demonstration plant built cooperatively by the Lockheed Space and Missiles Co., the State of Hawaii, and the Dillingham Corporation. It was the first successful closed cycle-OTEC plant and the first at-sea OTEC plant.

It produced power for about 600 hours between August 2 and November 18, 1980, while moored in approximately 3,000 feet of water off Keahole Point, Hawaii.

The author briefly described design, construction, installation, and operation of the bargemounted plant, and emphasized that machinery and components were chosen for ready availability and that some were loaned or donated to the project. Therefore, Mini-OTEC was much less efficient than a larger, more thoroughly optimized installation would be. Approximately 15-kw net electrical power was generated from a generator output of about 50 kw and a theoretical thermal power of about 93 kw.

No significant problems or breakdowns were encountered.

An extensive discussion period followed the paper. Robert Steinbach of Lockheed, who operated the Mini-OTEC Plant, was present in the audience and answered many of the questions. 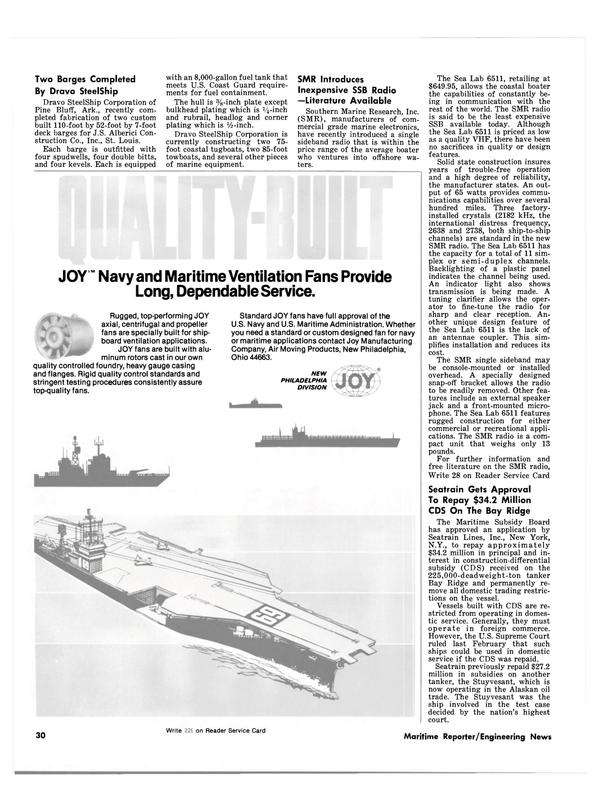