All three will continue to be located in the company's Harrison, N.Y., offices.

Mr. Sanders was graduated in 1970 with a Bachelor of Business Administration degree in accounting from Bernard M. Baruch College of tHe City University of New York. He had joined Texaco in 1958 in the U.S. Marketing Department and transferred to the Marine Department in 1963. He was named assistant managerchartering in 1973 and manager, economics and planning in 1976.

Mr. Gaffney was graduated in 1953 with a third mate's license from the Royal College of Technology in Glasgow, Scotland, and received his master's license in 1962. He had joined Texaco Overseas Tankship Limited in London in 1959 and subsequently sailed as master aboard Texaco tankers.

He was named marine superintendent in the London office in 1974. In 1980 he was assigned to the Harrison offices of Texaco Inc., as manager-operations. 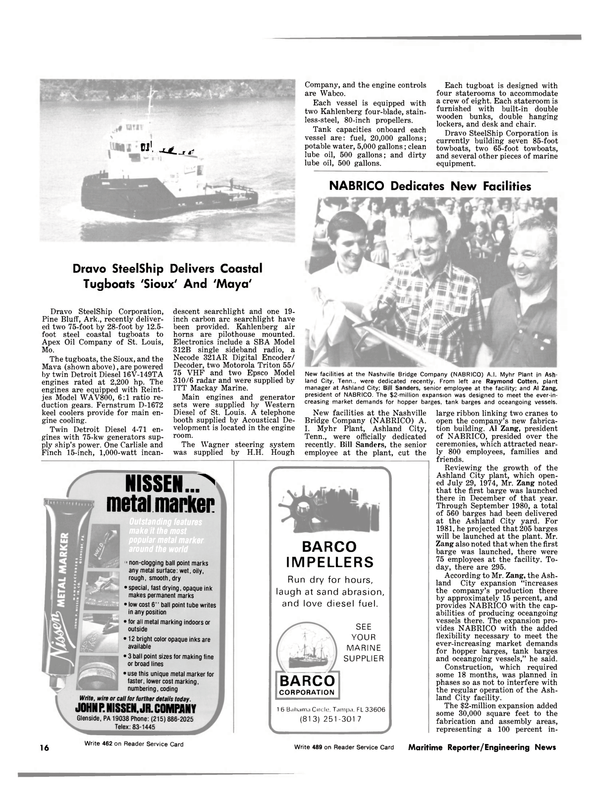