Kenneth Wood has been appointed president and chief executive officer of Halifax Industries Limited of Nova Scotia. He succeeds William J. Riley, who is leaving Halifax to become "more involved in offshore and other developmental activities." Mr. Wood, who has been a director of Halifax Industries since the company was formed in 1978, assumed his new post in August after several years as general manager of fleet services for CN Marine Inc.

Mr. Wood began his career with Green, Silley & Wiers Limited, won a national scholarship, and was transferred to Newcastle- Upon-Tyne, U.K., to study naval architecture and train in shipbuilding.

At 25, he served as chief naval architect with the Hoogley Docking & E n g i n e e r i n g Company, Calcutta, India, before joining George T. Davie & Sons of Lauzon, Quebec, as naval architect and assistant general manager. He was later appointed general manager, chief executive officer and member of the board of directors of Davie Shipbuilding Ltd.

He designed and supervised the construction of the Marystown Shipyard on the south coast of Newfoundland and became chief executive officer of the facility before heading the state dockyard of New South Wales in 1968.

In 1972, Mr. Wood returned to Canada as managing director of Canadian National's Newfound- land dockyard in Saint John's and joined CN's marine group in Moncton in 1975. He played a major role in the design of the new Straitway vessel currently under construction in Saint John.

An assistant general manager (technical) of CN Marine, he was responsible for new construction, major capital expenditure, engineering and administration of the company.

Mr. Riley joined Halifax Industries when the company was formed, and was responsible for the company's recent success in ship repair activities as well as implementing the company's 19.5- million Canadian dollar modernization and expansion program. 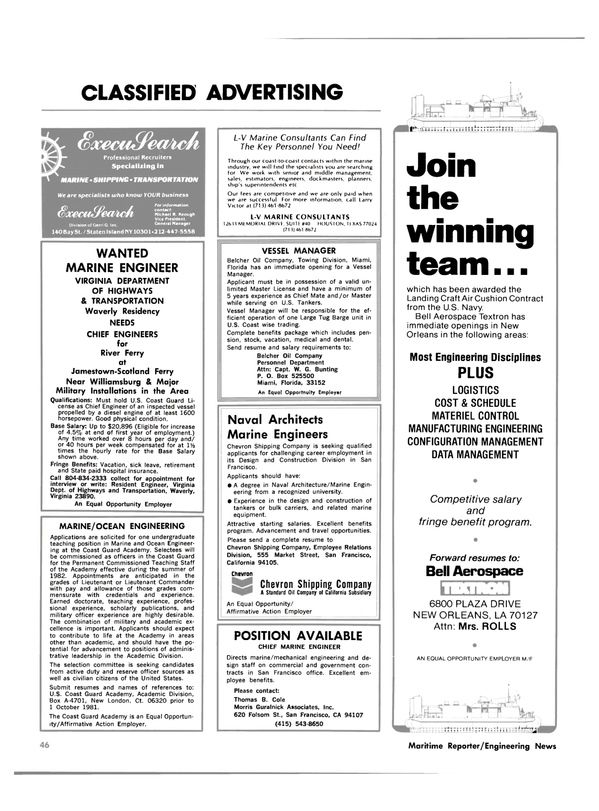