New facilities at the Nashville Bridge Company (NABRICO) A.

Reviewing the growth of the Ashland City plant, which opened July 29, 1974, Mr. Zang noted that the first barge was launched there in December of that year.

Through September 1980, a total of 560 barges had been delivered at the Ashland City yard. For 1981, he projected that 205 barges will be launched at the plant. Mr.

Zang also noted that when the first barge was launched, there were 75 employees at the facility. Today, there are 295.

According to Mr. Zang, the Ashland City expansion "increases the company's production there by approximately 15 percent, and provides NABRICO with the capabilities of producing oceangoing vessels there. The expansion provides NABRICO with the added flexibility necessary to meet the ever-increasing market demands for hopper barges, tank barges and oceangoing vessels," he said.

Construction, which required some 18 months, was planned in phases so as not to interfere with the regular operation of the Ashland City facility.

The $2-million expansion added some 30,000 square feet to the fabrication and assembly areas, representing a 100 percent in- [...] 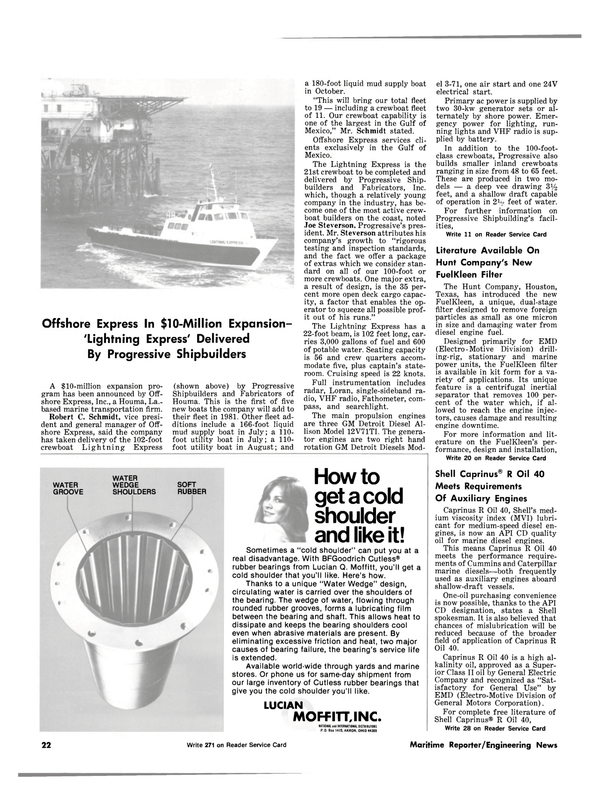