Crown Point, La., Yard Will Join Marine Group Trinity Industries, Inc., Dallas, Texas, has acquired the assets of Aluminum Boats, Inc., a Crown Point, La., shipyard specializing in the construction, conversion, and repair of commercial aluminum boats. The terms of the sale were not disclosed.

The announcement of the acquisition was made by John Dane III, president of the company's New Orleans- based Trinity Marine Group.

Aluminum Boats, Inc., was established in 1983, by Salvador J.

The company occupies approximately 10 acres in its suburban New Orleans location and employs approximately 50 persons with an estimated annual payroll of $1 million.

Mr. Dane said the acquisition was a "natural," as Aluminum Boats Inc., had recently served as a subcontractor on several Trinity projects.

He said other factors were the shipyard's high quality reputation, increasing demand for aluminum vessels, and the extensive business contacts of the shipyard's management on the East Coast and Middle East.

For free literature on the shipbuilding facilities and services of the Trinity Marine Group, Circle 79 on Reader Service Card 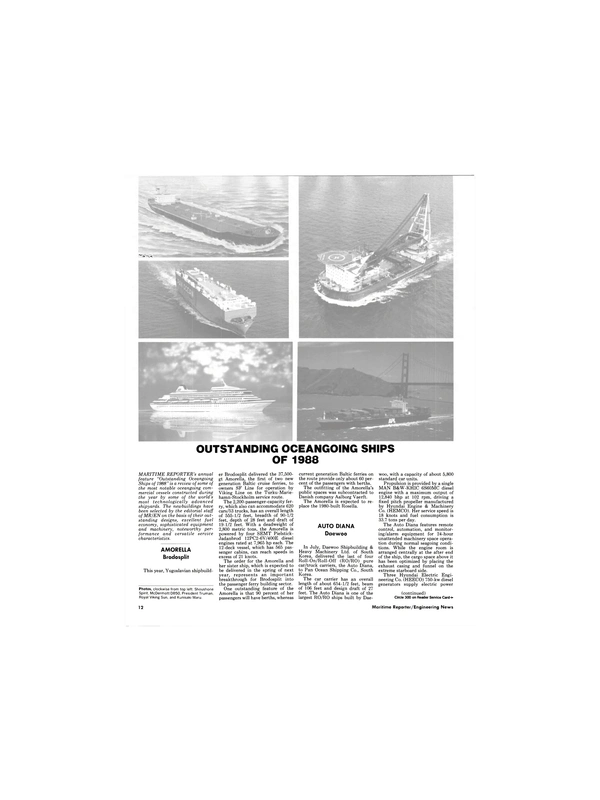