The Adventurous is the 11th of 18 planned monohull T-AGOS-class ships to join the Navy's ocean surveillance program.

Operated by the Military Sealift Command (MSC) and manned by civilian technicians, the Adventurous will monitor the movement of submarines by deploying towed linear arrays of hydrophones known as the Surveillance Towed Array Sonar System (SURTASS).

The SURTASS system is comprised of flexible, neutrally buoyant cable containing a large number of passive microphones, each tuned to specific frequencies enabling identification of noises made by submarines many miles away.

The data is processed and transmitted to shore via satellite, where it supplements information from seabed arrays.

Maximum speed is approximately 11 knots and normal operating speed is about three knots.

The fourth Halter T-AGOS ship will be christened in the fall of 1988, and the company will soon begin construction of a Halter-designed 263-foot oceanographic research ship for the U.S. Navy. The new class 3,200-ton, diesel electric, $20.9-million, dynamically positioned AGOR 23 will be operated by the University of Washington.

Halter Marine Inc. is one of the Trinity Marine Group of shipbuilding companies.

For more information and free literature on the facilities and capabilities of Halter Marine, Circle 22 on Reader Service Card 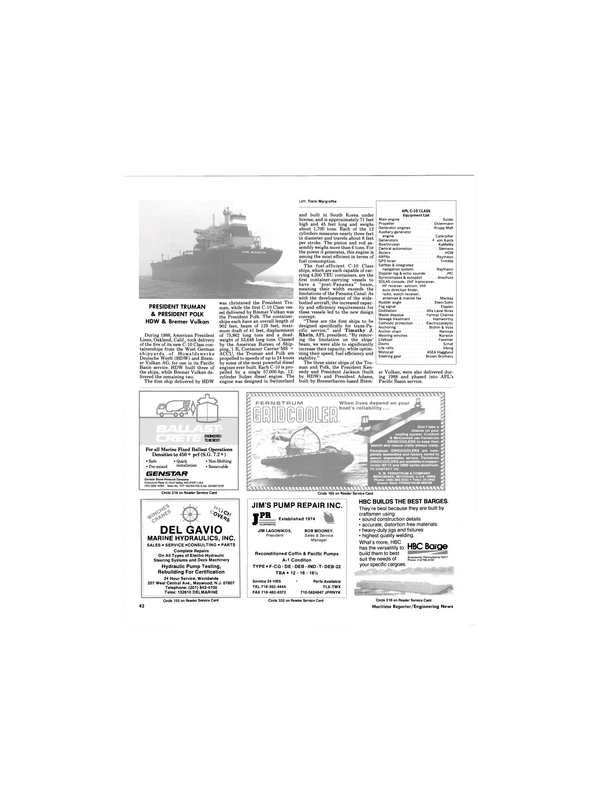