Looking somewhat like a cross between a catamaran and a hydrofoil, the 360-passenger wave piercer M/V Nantucket Spray was recently delivered by Nichols Brothers Boat Builders, Inc., Whidbey Island, Wash., to Bay State Cruises of Massachusetts.

The Nantucket Spray was designed by International Catamaran Designs, Pty., Ltd., of Australia.

Four wave piercers have been built in Australia after nearly a decade of research by INCAT. Nichols Brothers , one of INCAT's licensees in the U.S., has built a number of highspeed passenger catamarans, but none as unique as the wave piercer.

The vessel derives its name from its two slender catamaran hulls which tend to pierce waves rather than ride up over them. Streamlined struts suspend the passenger cabins above the waves, although the superstructure bottom is a trihederal shape to dampen wave shock when in high sea states.

At present, the Nantucket Spray is being operated by Bay State Cruises between Boston and Nantucket Island. The vessel, which has a passenger capacity of 360 at 35 knots, makes one round trip daily from June to October.

The 121-foot vessel has a beam of 52 feet and draft of 4 feet 10 inches at full load. She is fitted with two fresh-water-cooled Deutz MWM V16 TBD604 main diesel engines.

At 35 knots, said Matt Nichols, excluding hydrofoils, "we believe that the wave piercer provides the fastest high-speed marine passenger transportation in the country, and does it with outstanding rough water comfort." The christening ceremony for the Nantucket Spray also marked the 25th anniversary of the Nichols Bros. Boat Builders' yard on Whidbey Island. 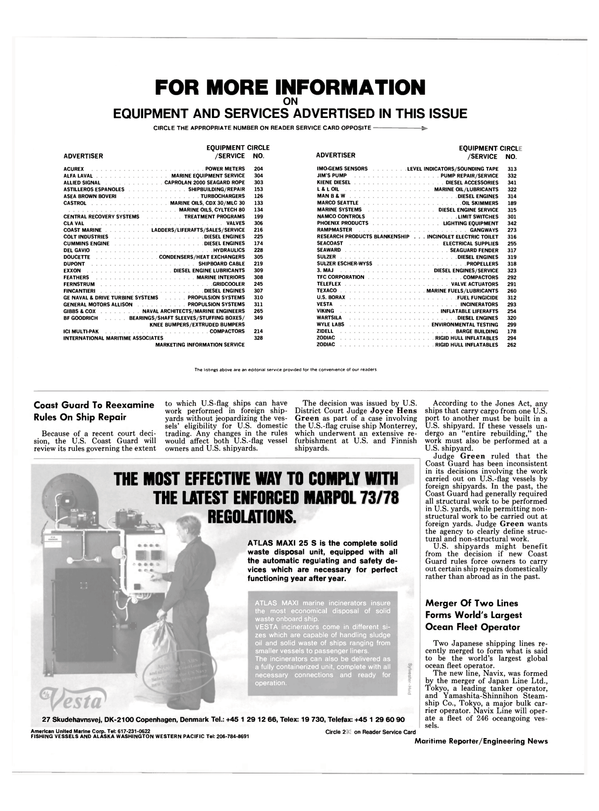