Blount Marine Corporation recently launched and delivered its 277th vessel, the M/V Spirit Of Philadelphia. The vessel was constructed for Holiday Cruises II, Inc., a subsidiary of Cruise International, owned by Richard O'Leary of Norfolk, Va., and is the eighth vessel in a fleet of sister ships built by Blount Marine.

The launching ceremony took place in Warren, R.I. The ship's sponsor was Mrs. Muriel McLintock, wife of Vice Adm. Gordon McLintock, who served at the U.S.

The 192- by 35- by 8-foot Spirit of Philadelphia will operate in Philadelphia Harbor and on the Delaware River and is certified for 600 passengers on three fully enclosed, carpeted, climate-controlled decks.

The vessel carries a crew of 75 who are responsible for its operation, gourmet food preparation, three custom-made bars, and world-class entertainment.

For free literature giving full details on the facilities and capabilities of Blount Marine, Circle 21 on Reader Service Card 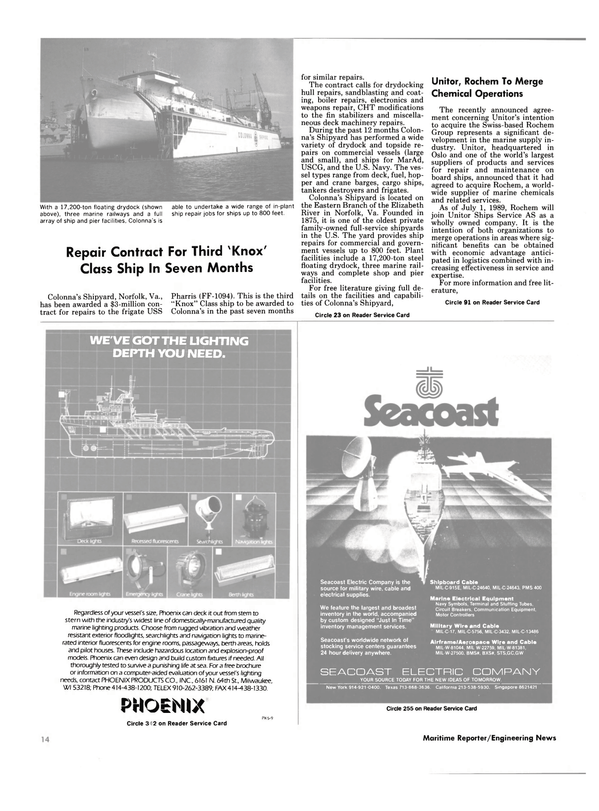