The offshore supply vessel Liberator, which once served rigs and platforms in the Gulf of Mexico, has been converted by Halter Marine, Inc., Lockport, La., to support the U.S. Coast Guard in its war on illegal drugs.

Now known as the Windward Sentry, the 192-foot by 40-foot vessel, built in 1979, will operate in the Gulf of Mexico deploying a large helium-filled balloon called an Aerostat, which is equipped with a sensitive radar system. Suspended as high as 2,500 feet, the radar scans the sky and the ocean to detect lowflying aircraft and surface vessels which could be carrying illegal drugs.

The extensive conversion included removal of the liquid and dry drilling mud tanks and their pumping systems; addition of fuel tanks raising the fuel-carrying capacity from approximately 60,000 gallons to over 200,000 gallons; increasing the crew quarters from 15 to 29; expansion and renovation of the galley and mess facilities; addition of the Aerostat structure which supports the balloon's revolving platform; addition of a crew lounge, electronics repair room and store room; addition of a hydraulically operated crane and davit, and complete tests, overhaul or replacement of all equipment and systems.

In addition, the pilothouse received an extensive package of new, increased-capacity navigation and communications equipment.

The conversion plan was designed by Rodney E. Lay and Associates of Jacksonville, Fla., for the Department of Transportation, U.S. Maritime Administration (MarAd). The contract was administered by the OMI Corp. of New York City, and the boat will be operated by a crew of General Electric (GE) Government Services personnel, while the U.S. Coast Guard will operate the surveillance systems.

All work was done under the inspection of, and certified by the American Bureau of Shipping (ABS) and the U.S. Coast Guard.

Halter Marine Inc. is part of the Trinity Marine Group which is owned by Trinity Industries, Inc., Dallas, Texas. 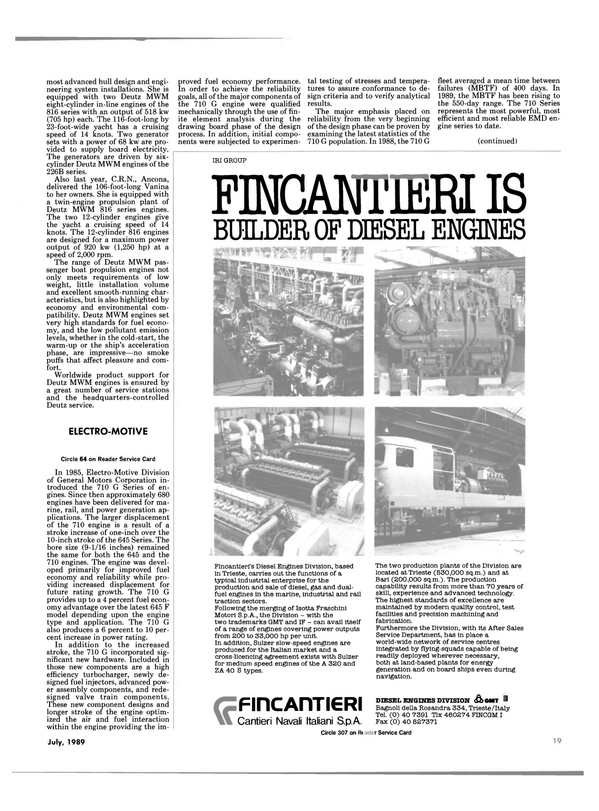