An old naval submariner once said there are really only two types of ships — submarines and targets. However when it comes to corrosion, all ships are targets. Corrosion is the natural predator of all steel that operates in salt water environments. The primary weapon used to protect steel on ocean going vessels is protective coatings or linings.

In the past few years, significant technologies have emerged that offer the opportunity for ship owners and ship builders to double or triple the life of the protective coatings on their ships. These comprehensive improvements have taken place in virtually every major process involved with coating marine vessels. By taking advantage of these emerging technologies, some ship owners and shipyards are improving their profits by increasing the life of their coating systems and eliminating hazardous waste disposal costs.

Believe it or not, the primary motivation for investing in state-of-the-art technologies was government regulations.

In the United States, the U.S.

Navy took the leading role in experimenting with and implementing new processes and products. These initiatives are already having a positive impact and the Navy expects to drastically reduce their corrosion related maintenance costs based on life cycle cost analysis. For example, initial indications reveal that the service life of ballast tanks can be increased from seven years to 20+ years. This translates into significant cost and time savings for the fleet.

Ship owners, like the U.S. Navy and commercial owners, are focused on the long-term operating cost of their vessels.

Their primary interest is finding stateof- the-art technologies and process improvements that not only comply with government regulations increase the service life of the coatings applied on their vessels. Ship builders, on the other hand, are primarily interested in the immediate implications of their processes.

The technological advances in recent years have met the needs of both the ship owners and the ship builders. Several areas identified that require improvements include: (1) New coatings formulations that met air quality regulations and increased coating life expectancy; (2) new or enhanced nonvisible surface contamination detection methods; and (3) improved inspection.

On the technology side, ship owners have focused their efforts on testing new types of coatings that eliminate known problems, comply with environmental regulations, and offer substantial improvements in the life cycle of the coatings. For example, the U.S. Navy realized that the coatings in ballast tanks were only lasting 7-10 years. After investigating the problem, they discovered that the primary cause of the premature coating failures was improper design of the steel edges and inaccessible areas. Unlike European shipyards, where all the edges on stiffeners are rounded to facilitate the application of coatings, in the United States edges are "sharp." This makes it very difficult to obtain sufficient coating protection on the edges since most coatings shrink away from sharp edges.

The Navy realized it was financially impractical to require that all edges be rounded. They choose instead to develop a test protocol for extremely high or 100 percent solids coatings that exhibited "edge retentive" properties for the edges of the stiffeners in their vessels, thus making them easier to coat. They decided that approved products needed to maintain at least 70 percent of the film thickness that was applied to the flat surface on the edge. Initially, only one coating manufacturer made a commercially available product that met the Navy's requirement. Now, however, there are several approved coatings manufacturers, including at least two U.S. approved suppliers.

Currently there is much interest in the ship owner and ship builder community regarding the tributyltin (TBT) ban TBT is currently used to protect the bottoms of nearly 75 percent of the commercial vessels. For years TBT has been the primary and most cost-effective biocide used on the underside of ships to provide antifouling protection.

However, since TBT causes mutations in certain marine organisms, it is scheduled to be removed from the list of approved products. The TBT ban begins to take effect in 2003, with the complete ban scheduled to be effective date in 2008.

Currently, alternative technologies under consideration as replacements for TBT include "easy release" coatings based on silicone or fluoropolymer technology, and ablative self-polishing coatings with biocides that are well established and with known performance (i.e. Cu20 and CuSCN) or the less established and metal free organic and reduced metal metallo-organic biocides.

At this point, some ship owners have voiced considerable concern that the commercially available replacements for TBT are far more expensive (up to two times more costly) and do not last nearly as long as TBT. Five year projections for marine antifouling coatings predict that demand for these products will double by 2008. If past response to environmental regulations holds true, the coating manufacturers will develop products that meet the demands of both the regulators and the owners.

On the process side, ship owners recognized the importance of removing soluble salts before painting or coating surfaces. The traditional method of abrasive blasting previously painted tanks and ship surfaces did not remove the non-visible soluble salts. More significantly, when these non-visible salts are blasted into the surface they result in a significant reduction in the service life of coatings, especially in immersion conditions. Owners recognized they needed test methods for nonvisible contaminants and began to develop these.

The second generation of chloride tests (i.e. the Bresle Cell and Bresle Kit) is currently being used by the U.S. Navy and others. This method consists of placing a patch on the surface, injecting a liquid beneath the patch using a syringe, massaging the liquid on the surface, extracting the liquid with the syringe, and then testing the solution with a titration test strip. According to some published literature, because the Bresle Test Method extracts only 45 = 60 percent of the salts on the tile sur- face, the Bresle test results must be multiplied by 2 in order to determine the chloride level for comparison with other methods.

The third method available to detect non-visible chlorides is commonly referred to as the Chlor*Test kit. From an inspection standpoint, it is the most field-friendly test. It consists of filling a receptacle with a pre-measured solution and attaching the devise to the surface.

The rubbery outer skin of the devise containing the solution is massaged for a specified amount of time and then the devise is removed from the surface. A kitagawa tube is broken on both ends and inserted into the solution and read in parts per million. This method is easier to use. Since the reading is obtained directly, there is no need to remember to perform the additional math steps required when using the other methods.

Ship owners and ship builders are beginning to realize the importance of using qualified inspectors to ensure that coating materials are applied in accordance with the specifications and product data sheets. The old saying, "you get what you pay for," is not exactly accurate.

You most likely won't get what you pay for if you don't perform inspections using qualified inspectors. It has been said you get what you inspect, not what you expect.

Consider some of the following technologies that have been incorporated into various ship building and repairing processes in the past few years, (1) ultra high pressure water jetting, (2) edge retentive 100 percent solids coatings, (3) powder coatings, (4) plural component spray equipment, (5) non-visible salts detection testing. All these technologies, and others, have increased the need for qualified and knowledgeable inspectors.

The three-level CIP program was designed to (1) be a quality assurance program for the coatings industry, (2) set easy-to-measure standards for knowledge and skills expectations of employees, and (3) improve the overall credibility and stature of the coatings industry worldwide.

The program ends with a comprehensive oral exam that, when passed, results in certification of the individual as a NACE Coating Inspector — a certification that is recognized globally.

For more on the latest advancements in coating inspection and coatings technology, plan to attend CORROSION/ NACExpo/2003, March 16-20, 2003, in San Diego, CA. 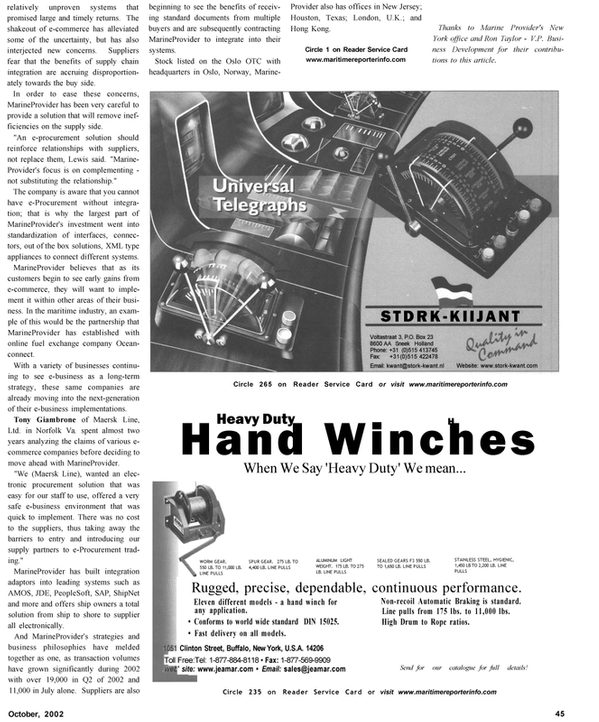