Shipbuilding in the Sestri Ponente shipyard started at the beginning of the 1800s, and has created arguably some of the more outstanding cruise vessels to sail the world's seas.

The shipyard covers an area of approximately 248,000 sq. m., of which 81,000 are covered. This is expected to expand dramatically with the planned acquisition of stateowned areas to the west and to the east.

The shipyard has built a number of notable ships in its more than two centuries of shipbuilding, from the large battleships Giulio Cesare and Caio Duilio, to the legendary transatlantic cruise lines Roma (1926); Rex (1931); Andrea Doria (1951); Cristoforo Colombo (1953); Leonardo da Vinci (1958); and Michelangelo (1965). 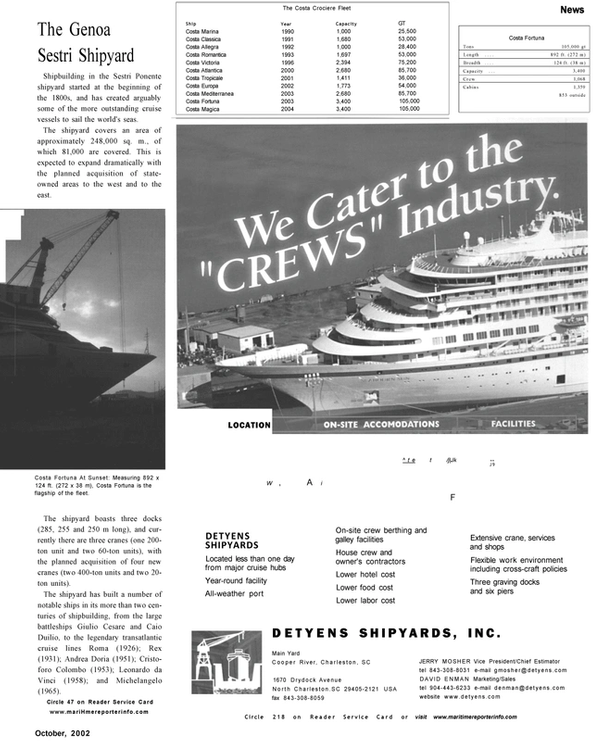