Insurer Not Liable for Repairs Beyond Warranty

In an unpublished opinion, the U.S.

Court of Appeals for the Fifth Circuit ruled that insurers are not obligated to reimburse a shipyard for the cost of repairs made to ships when the defects were not discovered during the warranty period. In the instant case, the shipyard built four lift boats. The contracts included a warranty and an obligation to repair and replace defects discovered within 180 days of delivery. The insurers provided coverage for the shipyard for, among other things, sums that the shipyard became legally obligated to pay under its contracts. Cracks were discovered in the jack-up legs approximately three years after delivery. The cracks were found to have been caused by faulty welds by the shipyard. The shipyard repaired the jack-up legs and filed claims for reimbursement with the insurers, who then brought a declaratory judgment action.

The court held that, while there may have been good business reasons for the shipyard standing behind its work well beyond the warranty period, the insurers were justified in refusing to reimburse the shipyard for such repair work. XL Specialty Insurance Company v. 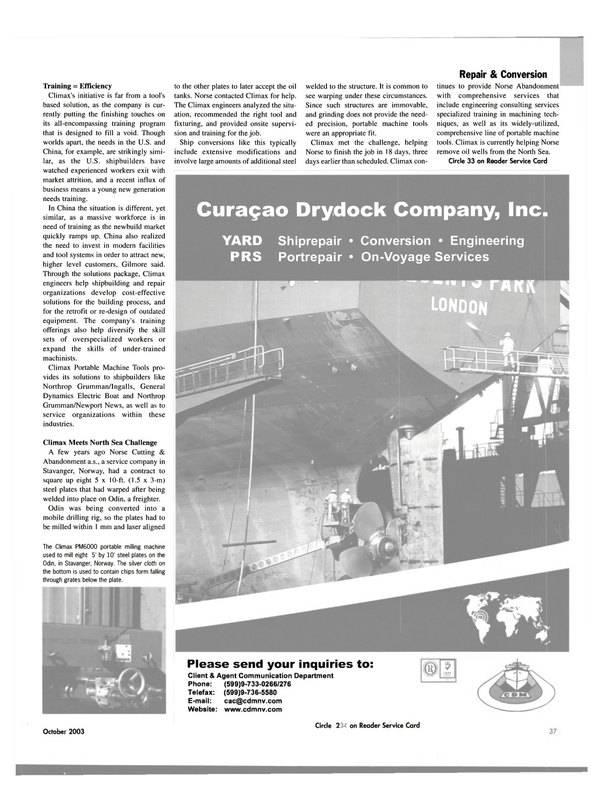 Read Insurer Not Liable for Repairs Beyond Warranty in Pdf, Flash or Html5 edition of October 2003 Maritime Reporter