Despite the quality of protection and commitment to maintenance, a certainty in the marine business is that metal structures eventually corrode and wear.

Whether it is 25 months or 25 years, most all marine structures will enter a shipyard for some quantity of steel renewal throughout its life. While the process of removing and replacing steel.

particularly decks, is at best a manual and laborious process, Intelligent Engineering (IE) is touting its innovative SPS Overlay structural reinstatement process as a means to help shipowners and ship repairers to save valuable time and money.

SPS, invented by IE in association with BASF, is a patented system whereby two metal plates are bonded to a solid elastomer core. The elastomer provides continuous support to the plates and stops local plate buckling and eliminates the need for stiffeners. The flexural stiffness and strength of the sandwich plate is tailored to meet particular static and dynamic structural requirements by selecting appropriate thicknesses for the sandwich elements.

Simply put. instead of ripping out a worn deck and replacing it with a new one, the old deck is shot blast, perimeter bars and new top plates are welded onto the old deck, and an elastomer is injected into the cavities. The process has been under development for nine years, and according to Denis Welch, Director, SPS Overlay, Intelligent Engineering, it is typically four times faster than rip and replace. He cites experience with the back-to-back repair of three RoRos at a Polish shipyard as an overwhelming success, and proof of the system's value. Stena Transporter, Stena Transfer and Stena Partner were three vessels in need of vehicle deck re-instatement. Using the SPS system, 12,000 sq.

m. of deck was replaced in 60 days, saving the carrier an estimated $5 million based on approximately 140 days at sea saved. The SPS Overlay process is designed to reinstate the structural capacity and wearing/corrosion surface without disturbing anything below the deck's surface, such as pipes, cables or insulation. The process has additional benefits as well, chiefly sound and vibration dampening, built-in fire protection and an ability to withstand severe operational or accidental impact loads including ballistic and blast protection.

It was the speed and toughness of the SPS solution that encouraged TECO Ocean Shipping to use the technology in the repair to tank tops on the ITB Gayle Eustace carried out by Bollinger in New Orleans in June. Figure one demonstrates the heavily corrugated condition of the tank top before the repair and the extremely flat surface achieved by the process.

More than Just Repairs While the SPS system, as stated, offers undeniable advantages to shipowners and shiprepairers, the system is not being sold exclusively as a repair solution, and IE has aggressively sought to tout the advantages of SPS panels for new construction projects where independent analysis by yards in Europe and Japan have illustrated weight savings of approximately eight percent, and shipyard labor savings approaching 44 percent, Welch said. Germany's Flensburger is using SPS panels — panels that they are building themselves — as engine room casings on five ships under construction for DFDS Tor Line. The panels are saving the owner space and weight, and come with built-in fire protection. While Flensberger is building the panels themselves, Welch said that the more likely scenario for use of SPS is for a civil engineering firm to pre-fab the panels to exacting specifications and low cost, and deliver them to the shipyard. As the technology is still relatively new, IE is very cognizant of quality issues, and it is adamant those licensed to use the technology achieve and maintain high quality levels. In fact, on the repair side, IE retains responsibility for design, classification society approval and for the injection processes itself. "We're here to help this technology enter the market, and then gradually extend the list of companies who are licensed to use it," Welch said "We don't want to compete with any existing civil engineering firms - we simply see SPS as a logical alternative to stiffened steel wherever it is used today." For new construction applications, methodologies have been developed for fabricating curved sections, inspection and testing, repair during service and disposal at the end of its service life.

Most importantly, SPS is approved by all of the world's leading classification societies.

P&O: A Good Reference The process of introducing anything new, particularly to a relatively conservative industry such as the marine business, can be a daunting process for companies, even those with strong track records in other industries. Paramount to building momentum is acquiring strong references, which IE has admirably done with P&O and Stena, the former the first customer to use the SPS overlay.

P&O ferries in 1999 had to install new RoRo decks onboard the 1975-built, 900-lane-m passenger RoRo Pride of Cherbourg. The job. using the SPS Overaly solution, was carried out by A&P Falmouth to LR class. Today, according to Welch. P&O specifies this method and the only one it uses for redecking.

Recently, A&P Birkenhead won a further three-ship contract from P&O European Ferries for passenger/car ferries operating across the Irish Sea. The ships involved are the 14,426 grt European Pioneer, the 18,653 grt European Envoy, and the 12,879 grt European Leader. The first was due to arrive in Birkenhead on July 21.

All three will receive deck renewals using the "Sandwich Plate System" from Intelligent Engineering. Other scheduled repair work will also be carried out, with the yard remaining very flexible over the requirements of P&O.

of decks will be repaired on all three ships using the SPS Overlay technology. 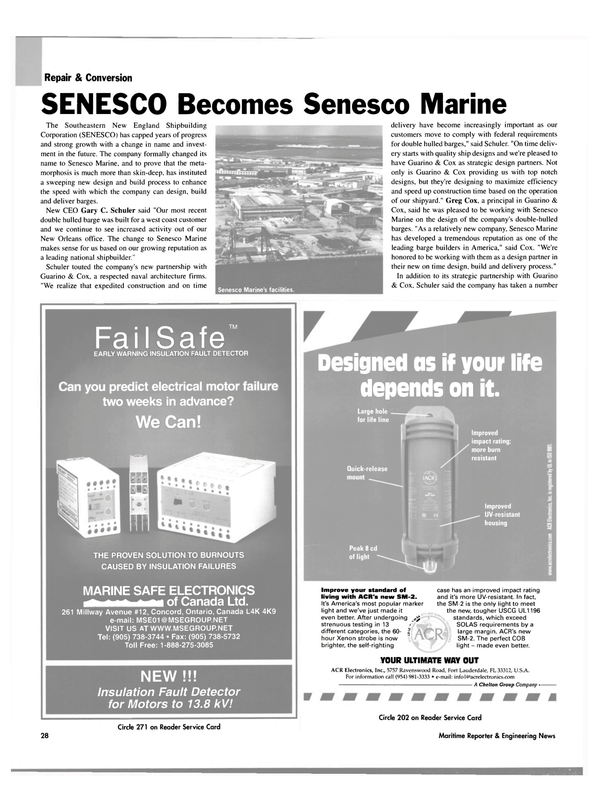