The U.S. Bureau of Customs and Border Protection (CBP) issued a Notice stating that is delaying indefinitely implementation of the change to the "shipper" element of the advance manifest filing requirement as provided for in its December 5. 2003 rulemaking under the Trade Act of 2002.

The change was scheduled to come into effect on March 4, 2004 and would have changed the "shipper" element of the advance manifest filing required of carriers from "the shipper's complete name and address, or identification number, from all bills of lading" (as provided for in the October 31, 2002 rulemaking establishing the 24-Hour Rule) to "the identity of the foreign vendor, supplier, manufacturer, or other similar party" (as provided for in the December 5, 2003 rulemaking).

The purpose of the indefinite delay is to allow CBP time to review a petition submitted by trade representatives challenging the definition of shipper. The trade representatives contended that carriers normally do not have access to the identity of the foreign vendor, supplier, manufacturer, or similar party. The extent of the carrier's information is generally limited to that found on the bill of lading. Until this issue is resolved, CBP will continue to enforce the requirements for the data element "shipper" as promulgated in the 24-Hour Rule. 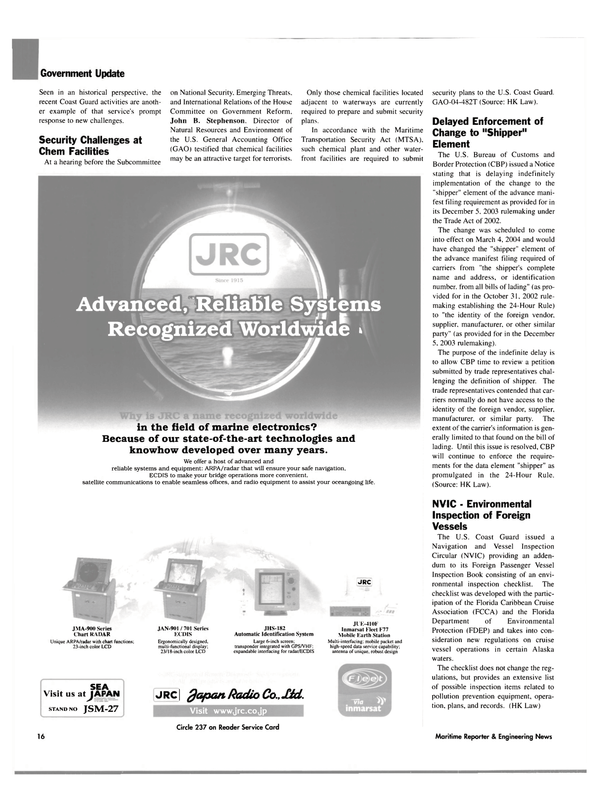