Parker Conrad, a shipbuilding pioneer and a legend along the Gulf of Mexico coast and beyond, founded Conrad Shipyard in 1948.

The company, headquartered in Morgan City, Louisiana, is now a public company with new generations of Conrad’s at the helm.
“I grew up in the shipyard working side by side with my father,” said Johnny Conrad, President, Chairman and CEO explains. “I saw firsthand how he treated customers, and how his handshake was as good as a contract. Many of our current customers did business with Parker, and not only are they valued customers, but they have become lifelong friends,” he said.  “They trust me to do what’s right by them, and it is a responsibility that I take personally.”

Conrad also has numerous vessels undergoing repairs—ranging from small inland towboats to large vessels from the dredging and construction industries.  It has a seasoned and motivated workforce and an experienced in-house multi-disciplined engineering staff. 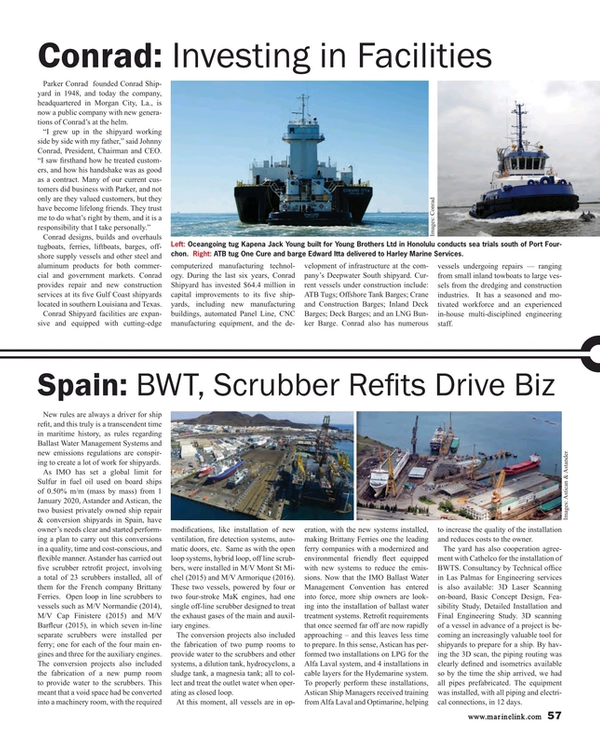