Ole H. Midttun has been appointed national sales manager of the Marine Division, reporting to Francis L. Narbut, manager, customer services. Mr. Midttun brings 13 years of company experience to the position, including nine years as applications engineer and assistant sales manager, and four years as manager of the Technical Department. He previously served for five years as a staff engineer for Bethlehem Steel Corporation. Mr. Midttun holds a Bachelor of Science degree in industrial and civil engineering from the University of Rhode Island, as well as a Master of Science degree in mechanical engineering from Northeastern University. Mr. Midttun is a member of The Society of Naval Architects and Marine Engineers.

William T. Couturier has been appointed East Coast regional manager, based in Walpole. He joined Bird-Johnson Company in 1973 as an applications engineer, and was appointed sales engineer for the East Coast in 1975. Prior to joining Bird-Johnson Company, Mr. Couturier was employed as a designer for Allstates Engineering, and as an applications engineer/ sales representative for an international supplier of marine propulsion equipment. Mr. Couturier is an associate member of The Society of Naval Architects and Marine Engineers.

Dayton's background includes a Bachelor of Science degree in marine and electrical engineering from the Massachusetts Maritime Academy, a U.S. Coast Guard license as a second assistant engineer for steam vessels, and third assistant engineer's license for diesel vessels. He sailed on his license for two years prior to coming ashore as a boiler and machinery inspector for a major national insurance company. Mr.

Dayton is an associate member of The Society of Naval Architects and Marine Engineers.

Harry H. Kendall and Herb I.

Chatterton, well-organized members of the organization's sales team, will continue to cover the Great Lakes and West Coast regions, respectively. 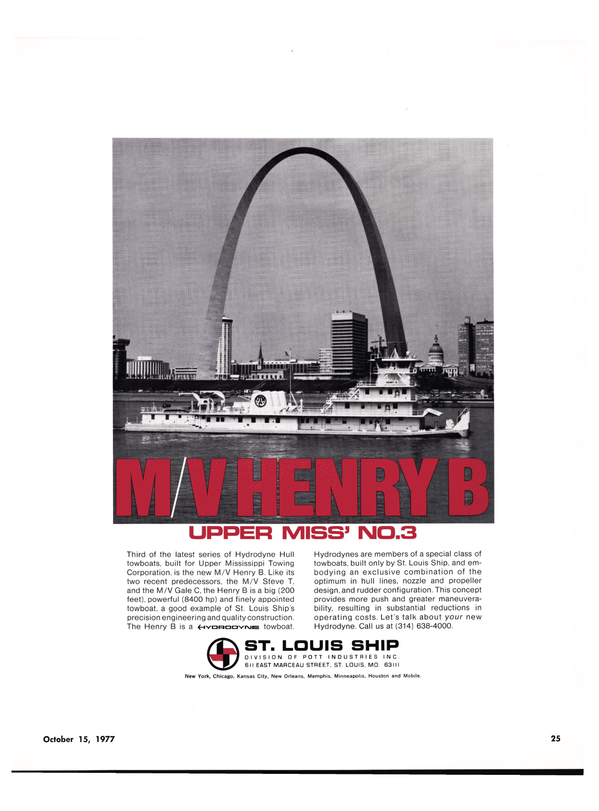