Schneider And Moody Named To New Posts At Moore-McCormack Lines

In his new position, Mr. Schneider will have the overall responsibility for the operational functions of the company at East Coast ports other than New York.

Merchant Marine Academy at Kings Point, N.Y. He joined Mooremack in 1943 as third officer on the S/S Mormacrey. In 1957, he came ashore as operations manager in Boston, Mass., and has held various positions in the Lines' outport offices until the present date. Mr. Schneider will maintain his headquarters in Philadelphia, Pa.

Schneider's former position as operations manager-Philadelphia, and will be responsible for the stevedoring, terminal and marine activities of that port.

Mr. Moody joined Mooremack in 1947 as an employee of Moore- McCormack Stevedoring Company in Philadelphia, and in 1972 became assistant operations manager of the company's Philadelphia office. 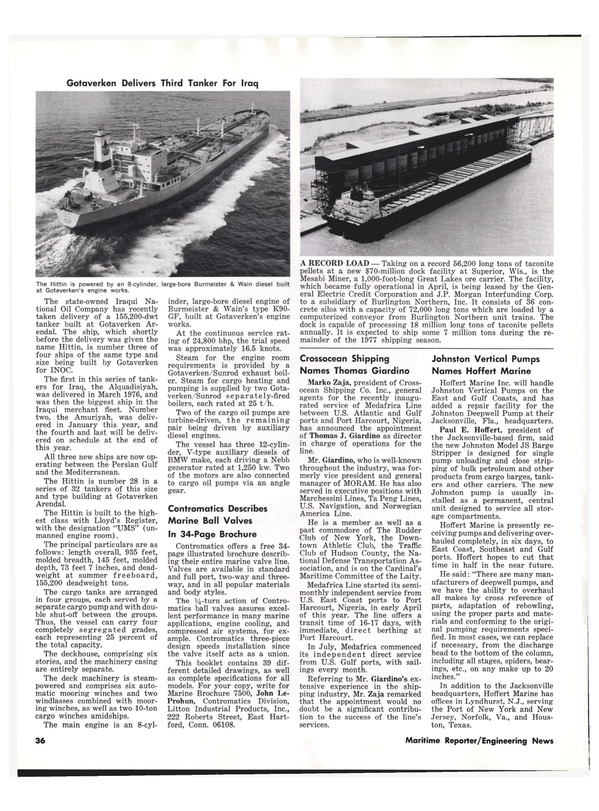