The award is given either for a single outstanding contribution to merchant marine safety, or for dedication to and constructive participation in, activities associated with maritime safety over a period of time. The award was established by the American Institute of Merchant Shipping (AIMS) in honor of the late Rear Admiral Shepheard, who served in the U.S. Coast Guard as Chief, Office of Merchant Marine Safety, and is administered by the American Bureau of Shipping (ABS).

William N. Johnston, chairman and president of ABS, presented the award to Admiral Edwards in a ceremony following the ABS annual meeting held at its international headquarters in New York City.

Mr. Johnston said: "The award honors a man who for over 40 years, while in both government and commercial service, used his interest and considerable knowledge to improve safety of life and to protect property at sea. Rear Admiral Edwards's many accomplishments in this area have earned him a distinguished reputation among his colleagues in the marine industry." Admiral Edwards served in the U.S. Merchant Marine from 1927 to 1940, advancing from cadet to master of oceangoing vessels. He was appointed a lieutenant in the Coast Guard in 1942 and served as a marine inspector in Philadelphia.

After retiring from the Coast Guard in 1971, Admiral Edwards served as president of the 1974 Safety of Life at Sea Conference and as special consultant on the Coast Guard delegation that attended IMCO Council meetings.

He was elected chairman of that council for four consecutive twoyear terms. In November 1979, Admiral Edwards was elected president of the Assembly of IMCO for one two-year term. 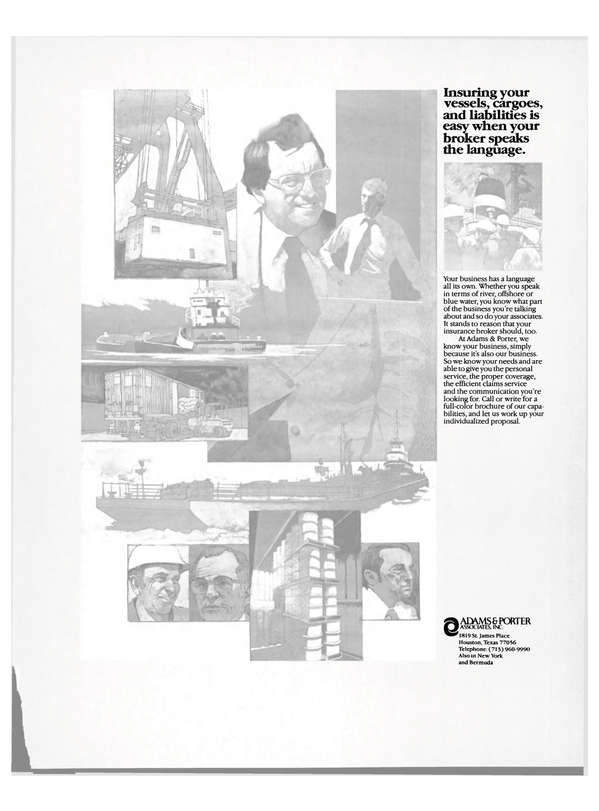