The recent arrival of the 3,500- bhp tugboat Grace McAllister in the Port of Baltimore marked the inauguration of a new McAllister Container Feeder Service connecting the ports of Norfolk and Philadelphia with Baltimore.

The arrival of the Grace McAllister and the start of the new feeder service are part of McAllister's plans to expand into the nation's second largest container port.

"With the inauguration of a new Feeder Service route into the Port of Baltimore," stated Anthony J. McAllister Jr., "and the addition of the Grace McAllister to the Baker-Whiteley fleet, Mc- Allister Brothers feels it is taking a step into a busy and thriving port—a firm step into the future for the Port of Baltimore." The Container Feeder Service, a concept in marine transportation for the 1980s, was pioneered in the U.S. by McAllister Brothers in 1975. Figures prove its success.

Since its inception, the Mc- Allister Feeder Service has moved some 60,000 TEUs of cargo.

E. Patrick Mullally, operations manager for McAllister Feeder Service, sees it as representing for ocean carriers an appealing package, wedding convenience and economy with profitability. The shipper who arrives in Baltimore with only 10 containers bound for Philadelphia or Norfolk will find that when sending his containers on a McAllister barge he can still issue a waterborne bill of lading without bearing the excessive cost and time involved in making a direct call.

The container feeder barge Mc- Allister Shuttle can be loaded with 192 twenty-foot containers lashed to her deck.

The Grace McAllister will add to the Baker-Whiteley fleet of six tugs one of the most powerful and maneuverable tugboats in the Port of Baltimore. Whether docking ships, moving large barges, or working in the harbor the Grace McAllister — packing 40 percent extra thrust with her Kort nozzle— will keep pace with the current trend toward increasing sizes of containerships, tankers, and bulk carriers. 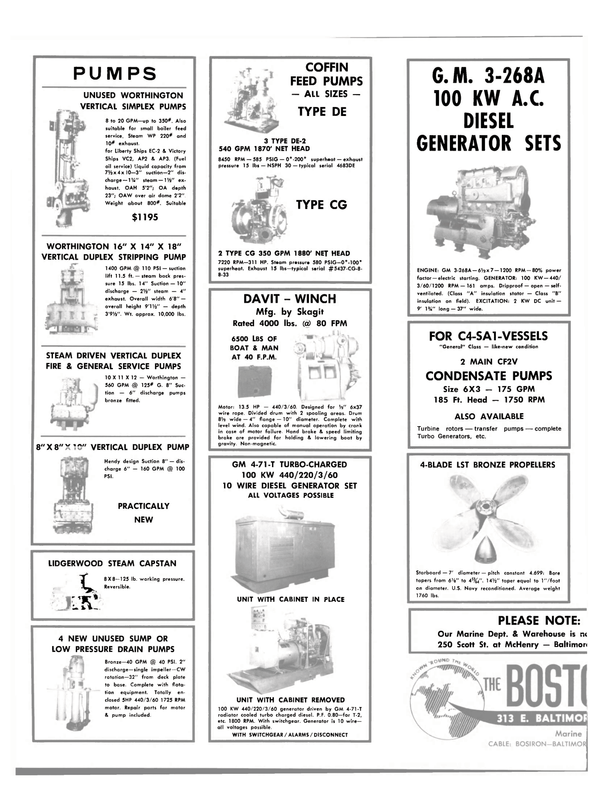