Another first for MARCO Seattle was revealed recently with the christening of the fishing vessel Storm Petrel. She is a refrigerated seawater, trawler/combination boat, MARCO's first to be designed and engineered principally as a trawler. The new vessel has an overall length of 123 feet, beam of 31 feet, and depth of 14 feet.

She was christened at Seattle's Fishermen's Terminal by Mrs. Elva Schmidt, wife of the shipyard president.

According to MARCO president Peter G. Schmidt, the boat was designed by MARCO's Naval Architecture Department, under the direction of vice president Bruce 0. Whittemore. Mr. Schmidt added, however, that much of the credit for the new design goes to George Fulton, the boat's owner/ skipper. "The Storm Petrel reflects George's many years of experience in fisheries around the world, as well as his survey of trawlers working in the Atlantic," Mr.

Propulsion power for the Storm Petrel comes from a turbocharged and aftercooled Caterpillar D399- TA diesel with a continuous rating of 1,125 bhp at 1,225 rpm, driving a 96-inch-diameter Coolidge stainless- steel propeller through Reintjes reduction/reversing gears, providing a normal service speed of 12 knots. Auxiliary power is provided by one Caterpillar and two Cummins diesel engines.

The vessel features a two-deck aluminum pilothouse above the raised deck. The bridge deck has a 360-degree field of vision, and contains an aft-facing hydraulic control console that includes trawl winch controls.

The new boat has a complete selection of electronics and other navigational aids, including two radars, two sonars, two depth sounders, Loran, and a variety of radios (see accompanying supplier list).

Much attention was given to net and fish handling space and equipment aboard the Storm Petrel, combining such features as the refrigerated seawater system designed by Stewart Roach, an eight-well configuration with a total capacity of 8,800 cubic feet, an articulated stern ramp, and a combination of gear that includes the first pair of MARCO's new WT-303 trawl winches and a removable four-drum stern gantry.

The new hydraulic ramp arrangement, which encloses the boat's stern when not in use, was developed by George Fulton.

MARCO's new WT-303 winches deliver more power than current models, providing the ability to handle the loads of midwater trawling. They feature a transmission that allows the winch to maintain constant speed and power once 30 percent of the cable is on the drum. 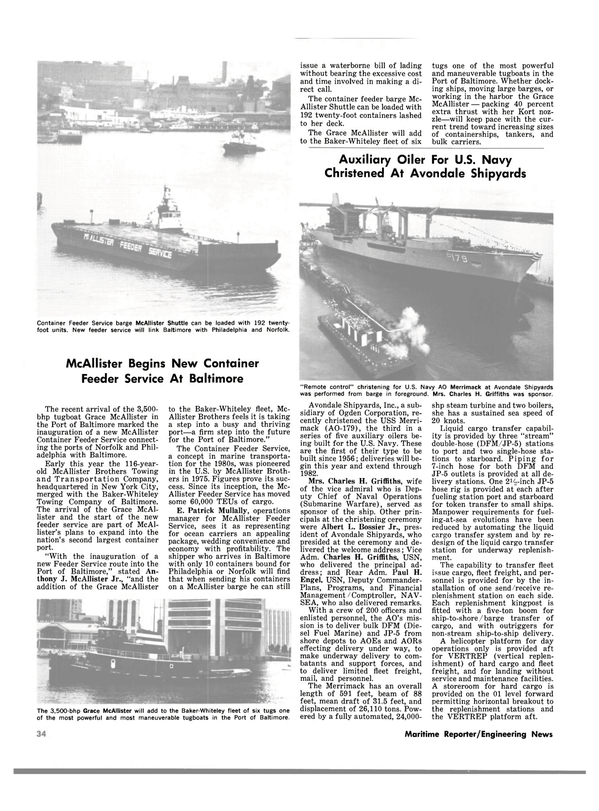