Nineteen U.S.-flag merchant ships have been procured for the Ready Reserve Force of the National Defense Reserve Fleet administered by the Maritime Administration. MarAd executed the $30-million contract with Delta Lines and Lykes Bros, shipping companies at the request of the Chief of Naval Operations for the Navy's Military Sealift Command.

Vice Adm. William H. Rowden, Commander, Military Sealift Command, recommended acquisition of the 19 breakbulk carriers from 51 ships offered in response to a request for proposals. The offerings were followed by surveys and an evaluation of the ships' material condition by two Navy MarAd selection committees.

Six ships offered by Delta Lines for $8.95 million and 13 ships offered by Lykes Bros. Steamship Company for $21.06 million were selected. These ships have the highest military utility at the lowest cost of the ships offered. All 19 have national defense features.

When delivered to MarAd, by November 30, 1984, the ships must be within class in accordance with American Bureau of Shipping Standards and certified by the U.S. Coast Guard as capable of 180 days of sustained, unrestricted operations.

The Ready Reserve Force currently consists of 32 ships, 26 of which are berthed at the three major sites of the National Defense Reserve Fleet—Beaumont, Texas; James River, Va.; and Suisun Bay, Calif. These additional 19 ships will be berthed at James River or Beaumont to be in or near their designated activation and loading ports. All ships in the RRF are kept in a 5 or 10 day readiness status, meaning they can be activated, crewed and ready to sail in 5 or 10 days from call-up by the Chief of Naval Operations.

Delta Lines of Teaneck, N.J., has offered the following ships: Although MarAd is the contracting authority for the Federal Government, the ships are being paid for by the Navy. They will be used by the Military Sealift Command for strategic sealift during emergencies, contingencies or exercises to test their readiness. 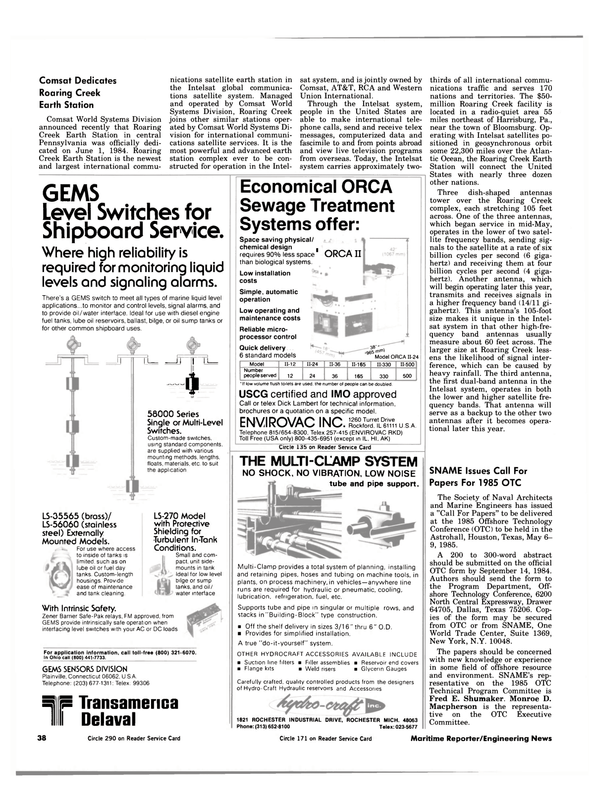