Through the Intelsat system, people in the United States are able to make international telephone calls, send and receive telex messages, computerized data and fascimile to and from points abroad and view live television programs from overseas. Today, the Intelsat system carries approximately twothirds of all international communications traffic and serves 170 nations and territories. The $50- million Roaring Creek facility is located in a radio-quiet area 55 miles northeast of Harrisburg, Pa., near the town of Bloomsburg. Operating with Intelsat satellites positioned in geosynchronous orbit some 22,300 miles over the Atlantic Ocean, the Roaring Creek Earth Station will connect the United States with nearly three dozen other nations.

Three dish-shaped antennas tower over the Roaring Creek complex, each stretching 105 feet across. One of the three antennas, which began service in mid-May, operates in the lower of two satellite frequency bands, sending signals to the satellite at a rate of six billion cycles per second (6 gigahertz) and receiving them at four billion cycles per second (4 gigahertz).

Another antenna, which will begin operating later this year, transmits and receives signals in a higher frequency band (14/11 gigahertz).

This antenna's 105-foot size makes it unique in the Intelsat system in that other high-frequency band antennas usually measure about 60 feet across. The larger size at Roaring Creek lessens the likelihood of signal interference, which can be caused by heavy rainfall. The third antenna, the first dual-band antenna in the Intelsat system, operates in both the lower and higher satellite frequency bands. That antenna will serve as a backup to the other two antennas after it becomes operational later this year. 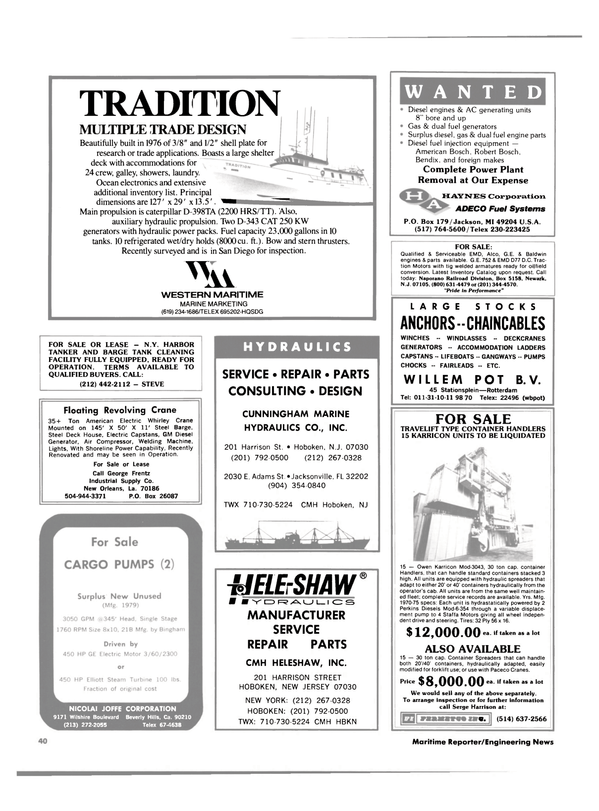