The Escatawpa, Mississippi, shipyard of Master Marine, Inc. has begun construction of one of the nation's largest fiberglass trawlers for operation in the Alaska fisheries.

Her propulsion power is provided by a 1,280-hp Caterpillar 3512TA diesel engine fitted to a 79-inch propeller via Aquamet shafting and a Reintjes reduction gear with a ratio of 6:1.

Designed by Master Marine's Henry Masters, the One Ocean II features a 437-foot-square deckhouse forward. She has a fish hold capacity of 5,800 cubic feet and fuel capacity of 22,000 gallons.

Master Marine expects to deliver the One Ocean II later this year.

Master Marine has constructed a number of fishing vessels, both of steel and fiberglass, for operators around the country. 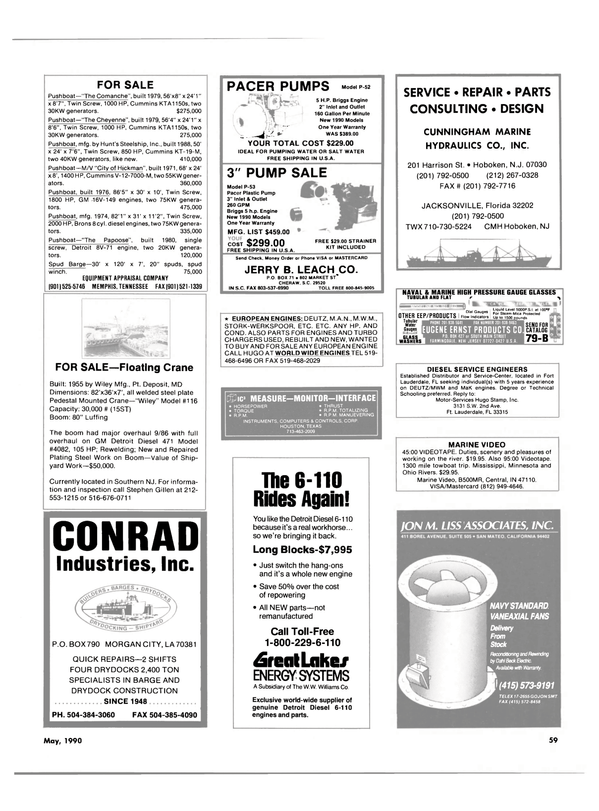