Atlantic Dry Dock Corp., the repair and conversion arm of Atlantic Holding Co. in Jacksonville, Fla., recently expanded its capabilities with the addition of a 16,000 ton (16,526 metric ton) floating dry dock this summer. The company has been busy of late, including the late-summer back-to-back dry-docking for the cable layer Wave Venture, the containership Aurora, the dredge Columbia and the jack-up barge Karlissa B.

In addition, the company's 1,300-ton marine railway schedule was equally packed, with the drydocking on the tugs Zeetijer, Samand, Apollo, Cecrops and Chindit.

The company's 4,000 ton marine railway is currently undergoing extensive maintenance and refit, but it is expected to be back on-line this month.

Atlantic's repair activities were rounded out with a host of topside work, taking advantage of the company's 4,000 ft. of full-service bulkhead and pier space. Among the jobs were the converted OSV to Ferry, Seabulk Minnesota; the RoRo Crowley Senator; dredge Sugar Island; tug Sea Tern; barge Hugh; and dredge GL-54. 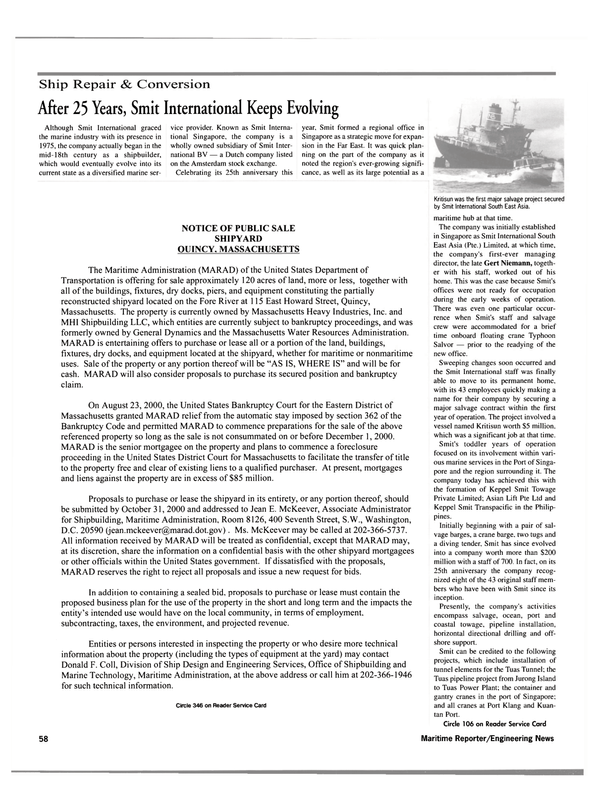