The ability of ship repair yards to quickly, efficiently and effectively get ships in and out in the least possible amount of time is cornerstone to their very existence. Southwest Marine in San Diego has recently adopted an advanced, automated floating dry dock control system, which promises to ensure these lofty goals are met.

SWM's 22,000-ton Floating Dry Dock, known as "Pride of San Diego" that is typically used for Naval Ship repair, had an existing control system that had become outdated and difficult to maintain. In turn, SWM invited IDAC West's president, Dave Smith, to bid on the project, based on the company's ability to engineer the mathematical models required for ballast control and deflection compensation. IDAC West's technical staff took on the task and was awarded a contract in mid-June to design and implement the Automated Dock Operation Control System to be known as "ADOCS II." The physical elements of the ADOCS II system are sensors, pumps, valves, industrial logic controller (ILC), and computers. There are two computers located inside of the console that are networked together, each providing redundant hot-backup if the other fails. The computers are connected to a control system that houses Opto 22 control hardware that processes real-time logic relative to the physical devices (e.g.

pumps, valves, draft sensors). Opto 22's Factory Floor suite of hardware and software products was selected because of the flexibility and ability to process complex mathematical data quickly and reliably, and because of the electrical isolation provided by the components.

The ILC's control algorithms are focused around information delivered from draft sensors (one on each corner and two in the middle). Accurate information from these sensors provides input to the control system that continually calculates Hog & Sag (Deflection), Heel, and Trim. With these calculations, the control system determines which pumps and/or valves should be activated or de-activated to fill or drain the 18 compartments (ballast tanks). Tank Level Indicators (TLI's) also provide feedback for each tank, allowing intelligent ballast decisions to be made regarding compartment loading and dock stresses.

The operator interacts with the ADOCS II system through two 20-in.

computer monitors mounted into a control console that is adjacent to the existing manual system. The control system's graphical user interface (GUI) was developed for Microsoft Windows 98/2000 technology. Having the two monitors side-by-side allows an operator to view different elements of the system simultaneously on both computers.

Both monitors can display any information needed and either can be used to control the system.

One of the main design considerations for the operator interface was "ease of use." A variety of different screens are available within the system; the main screen details information that relates to the system's overall status with "pop-up" screens providing immediate status information on problems and events (see Figure 1). At the bottom of the screen is a navigation bar for selecting specific screen views such Tank Levels, Drafts, Valves, and Pump Status. There are also screens that allow the dockmaster and/or operator to make adjustments to system setpoints, access to manual mode(s) of operation, and access to historical data that is logged to the systems hard drive during every docking.

According to John Vitzthum, a dockmaster at SWM. "The major reason for purchasing an Automated Dry Dock system is safety." Manual systems rely purely on the docking crew's experience and ability to make necessary adjustments while docking or un-docking a ship.

Every ship has different loading characteristics and behaves differently in a drydock. An automatic system, properly engineered, provides this safety with operation that is accurate and consistent.

Once an operator has logged in through the security system, there is a built-in procedural checklist that must be completed prior to docking or undocking (see Figure 2).

Once all of the system information is entered and checked, the operator can start the event.

When planning the installation, the new system was designed to be installed in parallel with the existing one, thus providing a means of switching back and forth (old to new) in a matter of minutes.

"It was clear that SWM's dockmaster (Vitzhum) was a little nervous with the initial sea trials. To raise their comfort level further, we developed an ADOCS II off-site simulator that allowed us to test every parameter of the system as if it were actually connected to the drydock," Smith said.

By exercising the docking events offsite, it allowed IDAC West's lead software developer to gain a great deal of confidence prior to an actual docking event. The extra effort was worthwhile.

With multiple trials and test runs planned, the brand new system required only two calibration and tuning trials before complete success was accomplished.

"The system is now accurate to 0.1- in., and the alarms that we used to get that were either nuisance alarms or real, 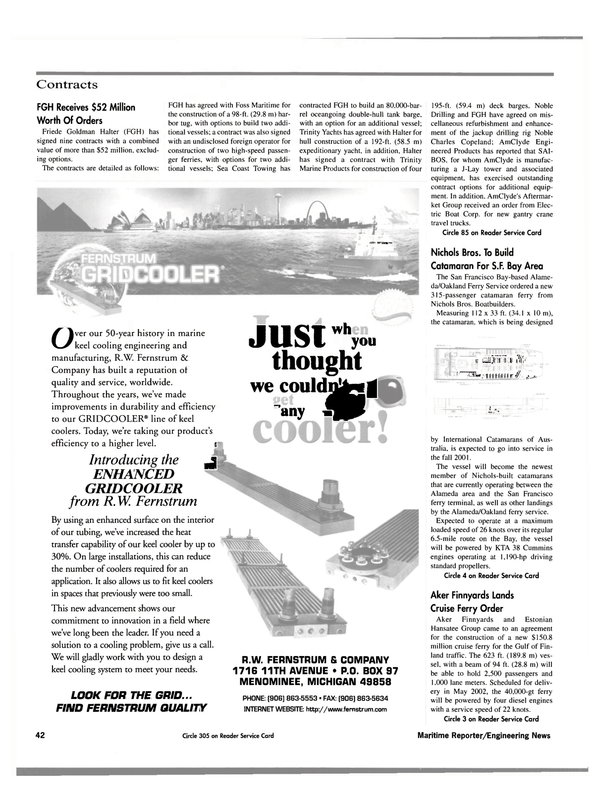