The U.S. Navy announced a $124 million contract modification for continuation of design and test planning of its 21st century DD 21 destroyer program.

The contract was awarded to the DD 21 Alliance, which includes Ingalls Shipbuilding and Bath Iron Works of Bath.

Me. Ingalls Shipbuilding, a Northrop Grumman company, is leading the DD 21 Gold Team, which includes the Raytheon Company and The Boeing Company, and will receive $52 million for the continuation of its work associated with Phase II of this program. Work involved by the Gold Team during the continuation of Phase II includes the development and maturity of critical technologies such as the vessel's integrated power system, the advanced gun and dual-band radar suite. 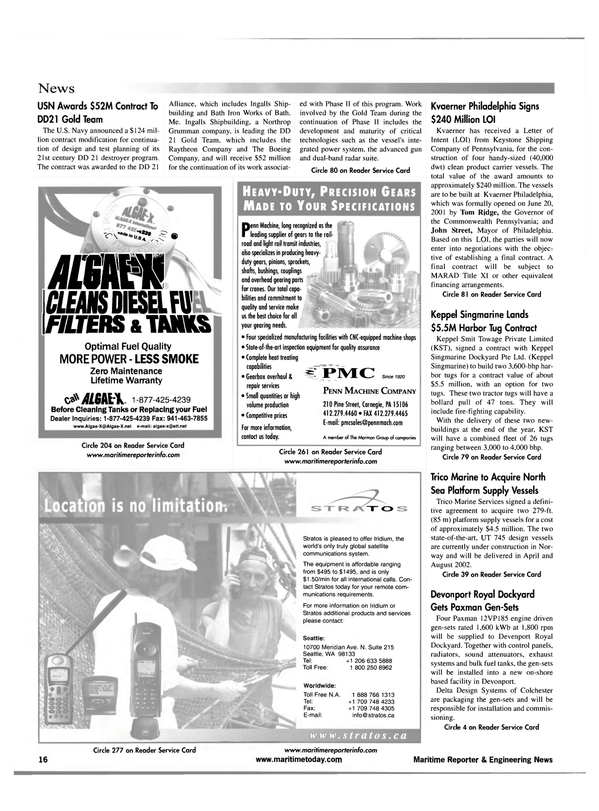