The commissioning of the Incat-built 315-ft. (96-m) Wave Piercing Sealift Catamaran contracted to the United States military for a deployment of two years, has taken place at Norfolk, Va.

The vessel will serve to enhance mission capability in a broad range of scenarios and this is expected to lead to the acquisition of more tonnage in the future.

The contract between the U.S. Army's TACOM (Tank-Automotive and Armament Command) and Bollinger / Incat USA, L.L.C. is the first major project undertaken by the strategic alliance formed last year between Bollinger Shipyards of Louisana, U.S. and the Incat shipyard in Tasmania, Australia.

Joint Venture is the first high speed craft to go into service with the United States military forces. Undergoing a major refit in September 2001 the craft has been upgraded and fitted with military enhancements such as the helicopter deck, stern quarter ramp, RIB deployment gantry, troop facilities, crew accommodation and more. The craft emerged from Incat's new Wilson's drydock, having been transformed and capable of carrying 363 persons, military vehicles and equipment over 1110 nautical miles at a speed greater than 35 knots. 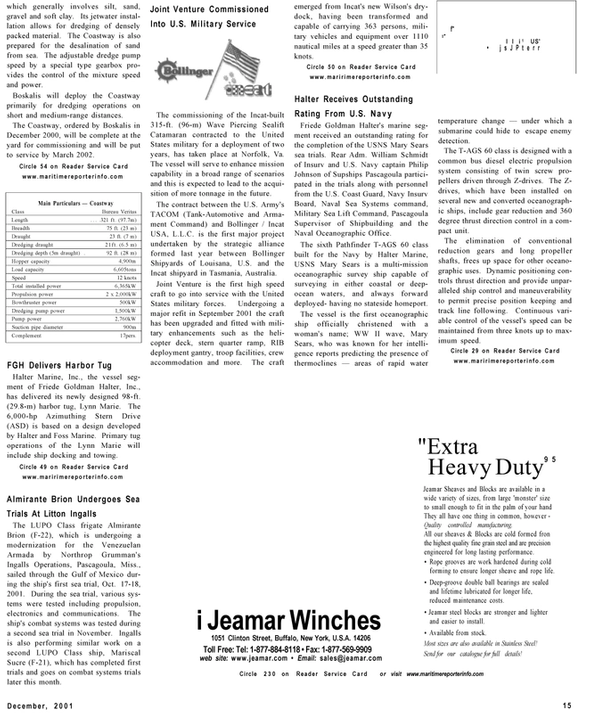