"My association with Celebrity has exceeded even my expectations," said Sasso.

"The professionalism and dedication of the staff, officers and crew. The perfection of detail in the cruise product itself. And, the trajectory of growth that has doubled our fleet in two years. There are no internal departmental changes for either line under the new reporting structure.

"Royal Caribbean and Celebrity have performed well for us, and we are committed to keeping the two operations separate," said Royal Caribbean chairman and CEO, Richard Fain. "I am confident that both lines will continue to capture market share and convert new prospects to cruising under Jack's very capable leadership." Jack Williams has served as president of Royal Caribbean International since 1997. Previously, he held various management positions at American Airlines, where, most recently, he was vice president and general sales manager. He began his career at American in 1972. Richard Sasso has been president of Celebrity Cruises since 1995. Previously, he was senior vice president of Sales and Guest Services. He had held senior positions with Costa Cruises and Chandris Cruises earlier in his career, which began at Costa in 1971. 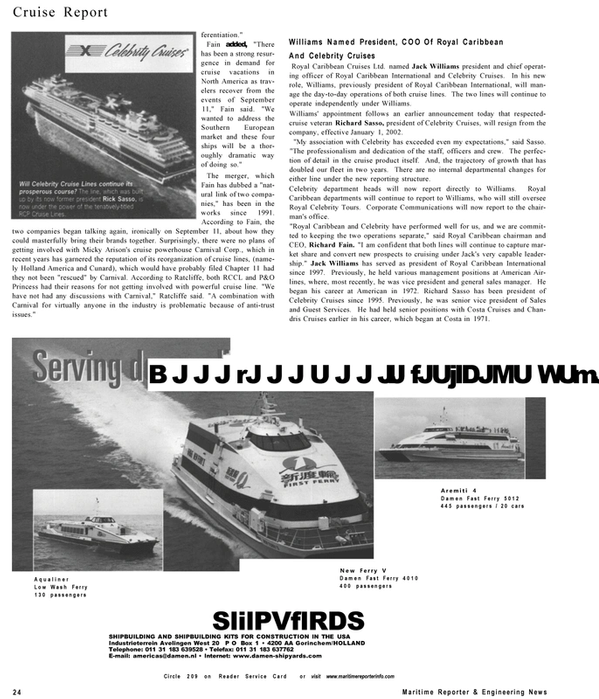