A penguin joins the crew of the Coast Guard icebreaker Eastwind during Operation Deep Freeze I. The annual voyages to Antarctica were named "Operation Deep Freeze" for obvious reasons. According to one of the Eastwind's crew, who shall remain anonymous: "this one penguin kept hanging out with various Eastwind crewmembers while they were ashore.

They originally painted a bow tie around his neck and button on his chest in grease (the penguin happily complied).

The penguin then wiped the bow tie away by turning his head (hence the smudge in the picture). They then painted USCG on its stomach. He apparently loved it, and held a higher place in the penguin flock because of it." The U.S. Coast Guard has a rich and successful history in securing U.S.

Ports. The history of Port Security in the U.S. is the topic of one of this month's "Anniversary Edition" reports, starting on page 24) 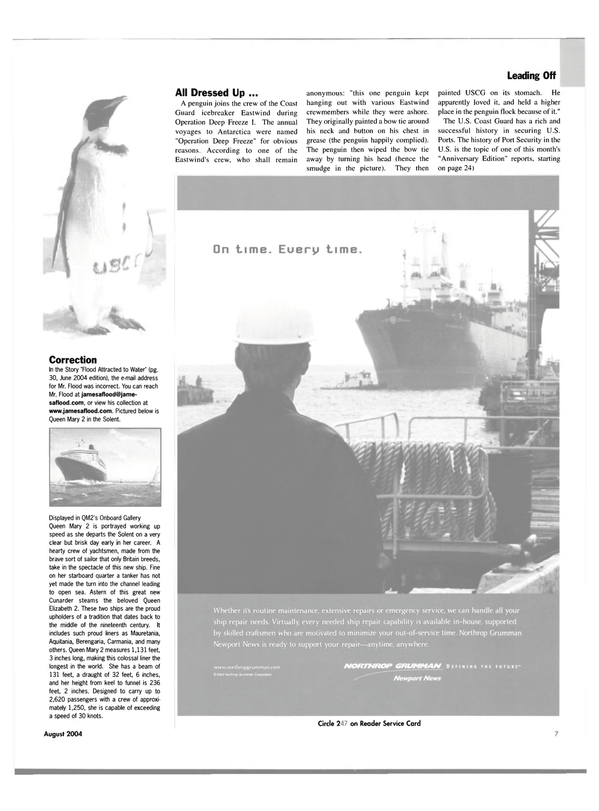 Read All Dressed Up ... in Pdf, Flash or Html5 edition of August 2004 Maritime Reporter