The U.S. District Court for the Southern District of New York ruled that a shipyard is responsible under products liability for poor construction. In the instant case, the shipyard contracted to enlarge a container ship by fabricating and inserting a new mid-body. Thirteen years later, the ship broke in two during a storm at sea. The break occurred at the point where the new mid-body was joined to the original after-body.

Evidence indicated that many of the welds connecting the two portions were bad and that the shipyard knew of the bad welds when the ship was redelivered to the owner.

The court held that insertion of a new mid-body was a sale, rather than a repair. The court also held that privity was not required in a products liability case brought in admiralty (the ship having been sold between the time of redelivery and the time of the casualty). In the Matter of the Complaint of Rationis Enterprises, Inc., 97 Civ. 9052 (HK Law). 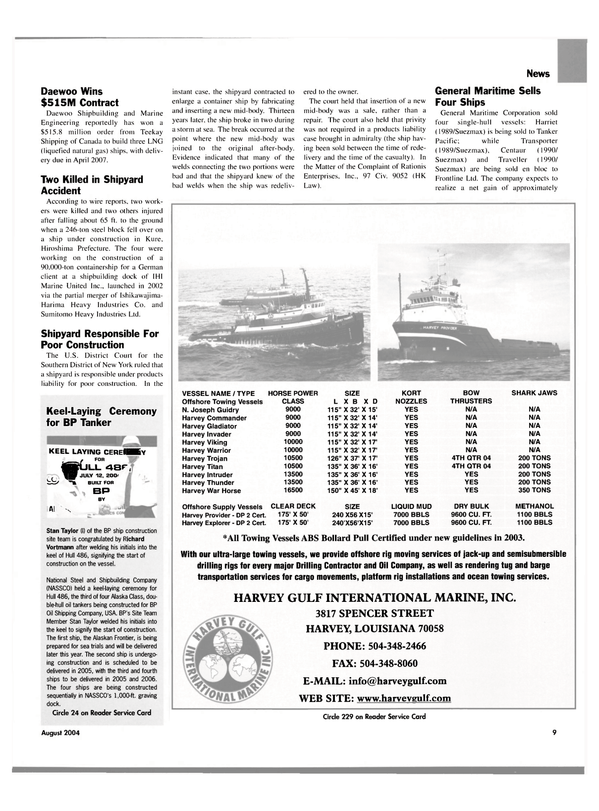