To say that Dr. Cleopatra Doumbia-Henry is passionate about all matters surrounding maritime and seafarers is a bit of an understatement. Prior to taking the helm as president of the World Maritime University (WMU) two years ago, she served as the Director of the International Labor Standards Department of the International Labor Office (ILO) in Geneva, Switzerland, responsible for developing the Maritime Labor Convention, 2006. Maritime Reporter & Engineering News was at WMU in Malmö in late June 2017 to sign a Memorandum of Understanding with WMU and Marine Learning Systems to jointly produce a benchmark study on global maritime training practices and trends. Dr. Doumbia-Henry discusses the future course of WMU and the importance of the coming survey. 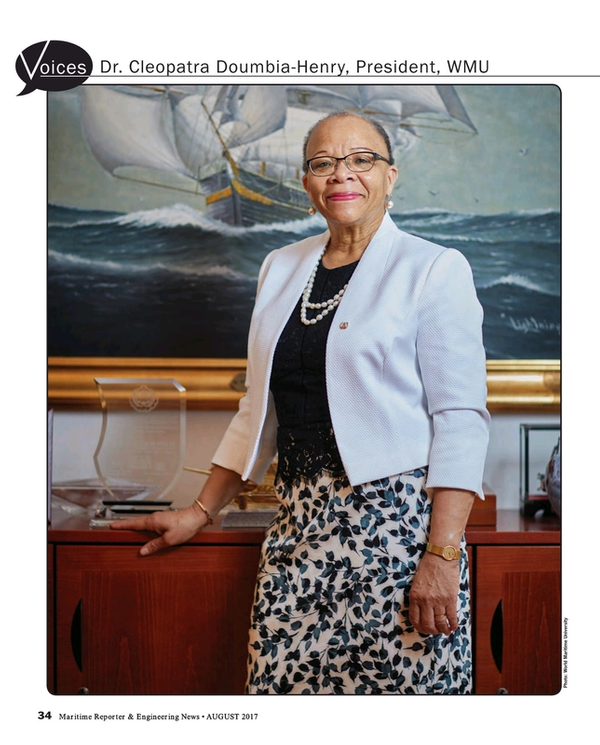